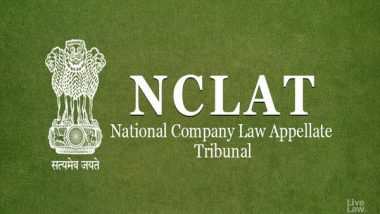 Venugopal Dhoot filed a PIL in NCLAT to set aside the Resolution Plan as approved by the NCLT and to direct the Committee of Creditors to consider the Resolution Plan submitted by him under section 12A of the Insolvency and Bankruptcy Code that entails "Zero Haircut".

"NCLT Mumbai by order dated on December 15, 2020, held that foreign oil and gas assets of Videocon Group held through its foreign subsidiaries, are in fact purchased by Videocon Industries Ltd (VIL) and are to be treated as assets of VIL. The Liquidation Value of these Oil assets is not less than Rs 15000 crores. As such RP/ COC has no authority to sell Oil assets and Consumer durables separately. If RP has sold Oil and Consumer durables together, RP would have got a minimum Rs 25,000 crores against loan of Rs 49,000 crores. Thus recovery would have been around 50 per cent and not 5 per cent as seen today," read the plea. In fact, RP should have mentioned these facts in the information memorandum (Tender Form) to all the bidders but he failed to do so, which is a violation of IBC. So Videocon requested in its appeal that this resolution plan be cancelled and a fresh resolution plan be considered with Oil and Consumer Durable assets, Dhoot said in his plea.

"It is submitted that prior to admission into CIRP and during the CIRP, the Appellant has always worked in the interest of stakeholders and is still willing to resolve the debt and provide better returns to the stakeholders. It is submitted that a similar proposal was submitted by Appellant in the CIRP of Corporate Debtor under Section 12A of the Code, however, the CoC being unbending and irrational has rejected the proposal of Appellant to the tune of Rs 31,789 crore and has accepted the Resolution Plan of Twin Star which provides payment of only Rs 2,962 crore," adds the plea. (ANI)