Actors Abigail Breslin and Luke Wilson are set to feature in an upcoming courtroom drama movie. 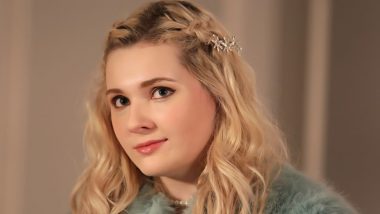 Actors Abigail Breslin and Luke Wilson are set to feature in an upcoming courtroom drama movie. Titled Miranda's Victim, the film comes from filmmaker Michelle Danner of "The Runner" fame, according to Deadline. Kylie Minogue Birthday: Red Carpet Appearances by the ‘Chiggy Wiggy’ Singer that We Can’t Stop Drooling Over (View Pics).

The movie, which will also feature veteran actors Andy Garcia and Donald Sutherland, is currently in production in New Jersey. Miranda's Victim will chronicle the true story of Trish Weir (Breslin), who in 1963 was kidnapped and brutally raped by Ernesto Miranda. Indiana Jones 5 To Star Harrison Ford; Actor Makes Announcement at Star Wars Celebration at Lucasfilm Panel.

Committed to putting her assailant in prison, Trish's life is destroyed by America's legal system as she triggers a law that transforms the nation.

Wilson will play Lawrence Turoff, the country prosecutor that convinces Trish to testify and helps her bring her aggressor to justice, with Garcia as public defender Alvin Moore, who takes on Miranda's case.

Sutherland will star as Judge Wren, who convicts Miranda for the rape of Weir.

J Craig Stiles and George Kolber have penned the screenplay for the film, which is produced by Danner, Kolber, Valerie Debler, Brian Drillinger and Alexandra Guarnieri.