Bollywood actor Aparshakti Khurana, who has been posting cover versions of various songs on his social media pages all through this lockdown, on Friday dropped a new single titled 'Aaya Jado Da', featuring alongside Parul Gulati. 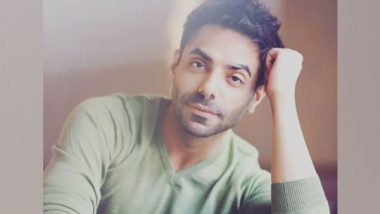 The 'Luka Chuppi' actor took to his Instagram handle and shared the song along with the caption, "#AyaJadoDa #OutNow". 'Aaya Jado Da' has been beautifully sung by Asees Kaur.

The song features the story of a boy and girl who fall in love and try to keep their relationship a secret. They hide behind the shadows because the girl appears from a very influential family, whereas the boy seems to be a peasant.

Their love doesn't get the so-called approval, and in the end, the boy meets his fate as he is dragged to his death. Aparshakti's onscreen chemistry with Parul is fantastic.

Alongside Kaur's vocals, the lyrics and composition have been given by Nirman and music by Abhijit Vaghani. Further, the video credit goes to B2Gether Pros.

Meanwhile, on the movie front, the actor is all set to make his digital debut in the Vikramaditya Motwane web series 'Stardust'. The series is a fictional take on the Indian film industry from 1947 to 1989 and will explore the clash between two superstars.

Apart from the web series, Aparshakti has a string of releases lined up this year including the comedy film 'Helmet' with Pranutan. The actor has shot for his new film, an untitled thriller alongside R. Madhavan, Darshan Kumaar, and Khushali Kumar. (ANI)