Hollywood star Liam Neeson recently ruled out rumours swirling around about his appearance in the forthcoming Obi-Wan Kenobi Disney plus series. 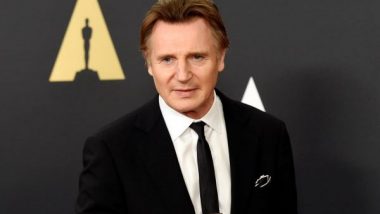 Washington [US], June 11 (ANI): Hollywood star Liam Neeson recently ruled out rumours swirling around about his appearance in the forthcoming Obi-Wan Kenobi Disney plus series.

According to Deadline, during an appearance on 'Jimmy Kimmel Live!', Neeson joked, "They don't have enough money." He was appearing to tout his new film, 'The Ice Road' when Kimmel asked about the 'Star Wars' series and the possibility of seeing him in it.

Neeson said, "I heard Ewan McGregor was gonna do a series. No, I don't think so. No, I haven't been approached." He featured as Qui-Gon Jinn, Jedi master of McGregor's Obi-Wan, in 'Star Wars: Episode I - The Phantom Menace'.

His character died at the hands of Darth Maul. However, several past Star Wars projects have shown ghostly images of characters presumed gone, leaving the door open for a possible Neeson revival. Kimmel noted that Neeson is such a good actor that he "could easily be lying."

As per Deadline, 'Obi-Wan Kenobi' is currently in production and Hayden Christensen will be returning as Darth Vader, with Joel Edgerton and Bonnie Pieese as Luke's adoptive parents. (ANI)