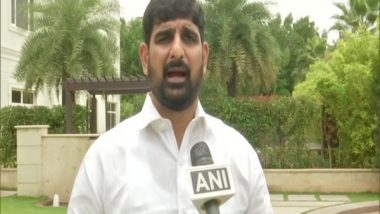 Reddy had on July 13 submitted his resignation from the party to the AICC President Sonia Gandhi after an audio clip of him surfaced in which he is heard saying that the Huzurabad by-election ticket has been confirmed to him by the TRS party.

Yesterday, while speaking to ANI, former Telangana Congress leader Padi Kaushik Reddy said, "I have decided to join the TRS party tomorrow under the leadership of CM KCR. I have joined TRS because I would like the people of Huzurabad to get benefitted and there would be a lot of development here because of our Chief Minister." (ANI)