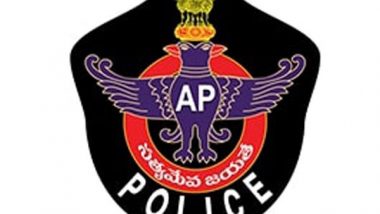 Speaking to the media on Tuesday, Chintoor Deputy Superintendent of Police (DSP), Kadar Basha informed that Naxals had planned to extort the said money from 'Beedi contractors'.

"On Monday evening, East Godavari district SP ordered the police to check vehicles at Gorlagudem junction, based on credible information. At around 4 pm, a team from Chintoor police station went to the spot and inspected vehicles. At that time three persons came on two bikes from the Kunavaram side. They tried to escape on seeing the police. Their behavior was suspicious. Immediately the police detained them and checked them. In the checking, we found Rs 9,93,000 of cash," the DSP said.

He added that on interrogation, it was found that two accused Shamshuddin and Sodi Raju are from Abicherla village, Koonavaram Mandal and another one Madhu Raj from Etapaka Mandal.

"We enquired about that money and came to know that they were trying to take that money to the banned Naxal leaders of Kumta area committee and Kishtaram area committee. The Naxals had planned the extortion from Beedi contractors as this is the season for growing those plants," Basha added. (ANI)