Get latest articles and stories on India at LatestLY. Bodies of two COVID-19 positive patients who had died over a year ago were recovered from the mortuary of an ESI Hospital in Bengaluru's Rajajinagar city. 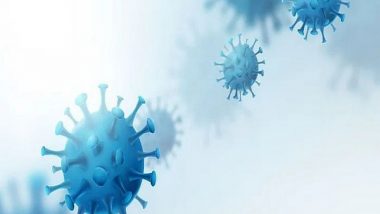 Bengaluru (Karnataka) [India], November 29 (ANI): Bodies of two COVID-19 positive patients who had died over a year ago were recovered from the mortuary of an ESI Hospital in Bengaluru's Rajajinagar city.

Relatives of one of the deceased, identified as Durga Sumithra said they were quite disturbed as they received a call from the hospital stating that her rotted body was found in an old freezer. The relatives were distraught as they had already carried out the last rites of the woman last year.

As per information received by hospital authorities, the body of Durga Sumithra was cremated and they also gave the death certificate after her death to her relatives.

"Durga Sumithra had COVID-19 and was admitted to the hospital but she died after four days. We were informed that cremation will be done according to our tradition, but again we got a call yesterday that her rotted body was kept in the old freezer for the last 15 months which was very disturbing for us," said Sujatha, a relative of Sumithra.

Hospital authorities informed that the other rotted body was that of Muniraju, also a resident of Bengaluru. (ANI)