Tripura: BSF Officer Allegedly Shoots Himself Dead Outside His Battalion Headquarters in Dhalai

A BSF officer allegedly shot himself dead outside his battalion headquarters in Tripura's Dhalai district, police said on Thursday. 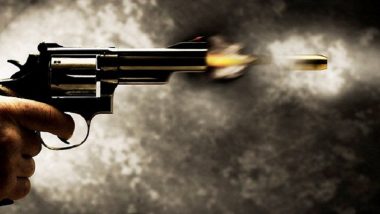 The incident happened on Wednesday night in front of the main gate of the BSF camp in the Jawaharnagar area, they said.

The deceased, a native of Rajasthan, was posted at the MK Para border post in Dhalai, police said. "It is suspected that he died by suicide. Police have initiated an investigation into the incident to know the actual cause of the death," a BSF official said.

The BSF officer was brought dead to the Kulai district hospital around 9 pm, Superintendent of Police of Dhalai Ramesh Yadav told PTI. Punjab: Over 1 Kg Heroin Seized From 2 Women By BSF in Ferozepur.

"Prima facie it appeared that the BSF officer shot himself dead by his service revolver. We have registered a case of unnatural death to find out what had led to the fatal incident," he said. The body has been sent for post mortem, he added.