Dalit Man in Karnataka Made to Spend Rs 11,000 on Feast for Entering Lakshmi Devi Temple in Karatagi

According to him, the incident came to light only on Friday and since then the temple management led by the priest raised an alarm and forced the man to organise the feast. 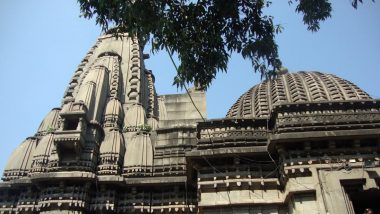 Koppal, September 25: Close on the heels of a Dalit family being penalised Rs 25,000 over their two-year-old son entering a temple in Kustagi, a Dalit man was forced to arrange a feast spending Rs 11,000 for entering a Lakshmi Devi temple in a village at Karatagi about 11 days ago, a police officer said.

"Yes, it is true that the man spent Rs 11,000 to arrange feast for entering the temple. Our officers are investigating the matter," superintendent of Police T Sreedhara told PTI on Saturday. According to him, the incident came to light only on Friday and since then the temple management led by the priest raised an alarm and forced the man to organise the feast.

Sreedhara said a few months ago, a theft had taken place in the village and it was decided that no one should enter the temple except the priest. However, the Dalit man, whose identity has been withheld, entered as he had taken a vow to conduct some rituals. On September 14, he entered the temple ignoring the collective decision taken by the elders of the village. Places of Worship Allowed to Reopen in Maharashtra from October 7; BJP Leader Devendra Fadnavis Welcomes Move.

Other police sources said eight people have been detained in this connection.

The incident was a stark reminder of the September 4 incident when a Dalit family belonging to the Chenna Dasar community was harassed and asked to pay Rs 25,000 as penalty after their two-year-old son entered the temple in Miyapur village under Kushatagi police station limits in Koppal.

Five people were arrested in connection with the incident and several awareness meetings were held to educate masses against the evil of caste based discrimination.