Delhi: Woman Strangles 11-Month-Old Ailing Son to Death After Husband Refuses To Take Him to Doctor

As per the official release by the Delhi Police, staff of Police Station-Fatehpur Beri, South District arrested a mother, namely, Jyoti for killing her 11-month-old infant. 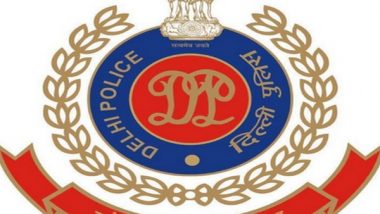 On July 10, a case under Section 302 of the Indian Penal Code (IPC) was registered at Fatehpur Beri Police station and further investigation was taken up. Both the mother and father were alleging against each other for killing the infant. Uttar Pradesh: 12-Day-Old Infant Killed by Monkey in Agra, Body Found Blood-Soaked on Neighbour’s Terrace.

A detailed investigation was taken up using CCTV footage from the village, call records, and statements of witnesses. It was revealed that the mother had committed the crime. Accused Jyoti has been arrested in the case and the 'chunni' (long scarf) used by her to strangulate the child/infant was also recovered.

Police investigation revealed that Jyoti did not have cordial relations with her husband. She has disclosed that she had a quarrel with her husband, Satveer on July 9 as her husband Satveer did not like her since their marriage and they argued on many things. She also stated that her 11 months-old son was suffering from fever and her husband refused to take him to visit a doctor. Further investigation into the matter is underway.