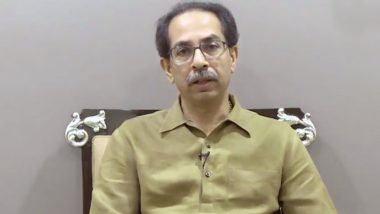 The meeting is scheduled for 11 am today at Sahyadri Guest House in Mumbai. Among the key leaders invited to the meeting is Leader of Opposition in Maharashtra Assembly Devendra Fadnavis, Congress leader and state cabinet minister Balasaheb Thorat and Maharashtra Navnirman Sena chief Raj Thackeray.

Along with leaders of all political parties, Advocate General Ashutosh Kumbhkoni is also invited to the meeting.

Earlier, the Maharashtra BJP unit had informed that the party will not let any local body elections take place until the issue of other backward classes (OBC) reservation gets resolved.

Maharashtra BJP president Chandrakant Patil had said, "BJP will not let any local body elections take place until the issue of OBC reservation is resolved."

This is after the Supreme Court rejected the state government's review petition concerning reservation to the OBCs.

The SC also observed that the reservation in the favour of the OBC in local bodies should not result in exceeding the 50 per cent cap in reservation quota.