The Delhi police have arrested a man for allegedly murdering his wife who had earlier accused him of rape. 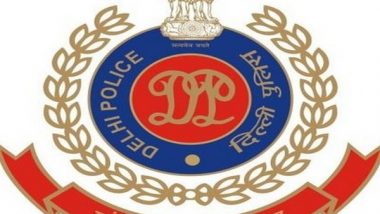 New Delhi [India], July 27 (ANI): The Delhi police have arrested a man for allegedly murdering his wife who had earlier accused him of rape.

The accused arrested on Monday has been identified as Rajesh Roy and the victim as Babita.

According to the Delhi police, the accused, during the investigation revealed that he took his wife to Nanital and pushed her from a hill as he was frustrated with the routine quarrels.

"In July last year, the woman had complained that Rajesh had raped her after promising to marry her. Based on her complaint a case was registered and he was arrested in August. However, he was released from jail in October after the woman withdrew her complaint saying she wanted to marry him. Thereafter, they married each other in Arya Samaj Mandir in Delhi," the police said.

The victims' family said that Rajesh took Babita to his village in Uttarakhand on June 11. Her family approached the police and filed a missing complaint with Delhi police on June 15 as her phone was switched off on June 12.

"The last location was found to be in Nainital on June 12. Her husband's location was also the same," the police said in its statement.

"During the investigation, he disclosed that he took his wife Babita to Nainital and pushed her from a hill in Nainital to murder her due to daily routine quarrel. The search of the body is being made and a team is being sent to Nainital for search," it said. (ANI)