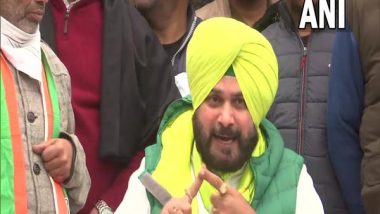 Addressing a press conference in Amritsar today, Sidhu said, "We welcome the ECI's decision to postpone the Punjab Assembly elections."

Earlier today, the ECI decided to postpone the voting dates for the Punjab Assembly election to February 20. Earlier, the State was scheduled to go for polls on February 14.

Sources said that the request was made as many people from the Scheduled Caste community from the State are likely to visit Varanasi, in view of Guru Ravidas birth anniversary on February 16.

According to the statement issued by the ECI, the last date for filing the nomination for candidates is on February 1, while the candidates can withdraw their nominations till February 2. The results will be announced on March 10. (ANI)