President Ram Nath Kovind on Friday condoled the demise of Kannada Dalit poet and activist Dr Siddalingaiah, who passed away today in Karnataka at the age of 67. 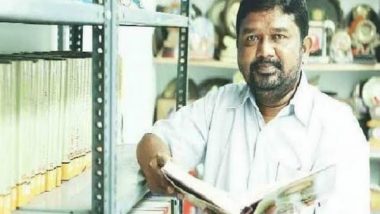 New Delhi [India], June 11 (ANI): President Ram Nath Kovind on Friday condoled the demise of Kannada Dalit poet and activist Dr Siddalingaiah, who passed away today in Karnataka at the age of 67.

"The demise of Dr Siddalingaiah has left a huge void in Kannada literature. An eminent poet, social activist and academician, he became a fierce voice for the poor and marginalized and also enriched public discourse through his writings. My condolences to his family and followers," he tweeted.

Prime Minister Narendra Modi also expressed his condolences over the poet's demise and said, "Dr Siddalingaiah will be remembered for his prolific writings, poetry and contributions towards social justice. Saddened by his passing away. My thoughts are with his family and many admirers in this hour of sadness. Om Shanti."

Karnataka Chief Minister BS Yediyurappa said the poet "narrated the pain of Dalits through his writings and awakened them...In his death, we have lost great writer with social concern, who strived for the upliftment of the depressed classes."

"Siddalingaiah was a talented poet who won the hearts of the people of all the sections of society through his writings and thoughts. His sense of humor was exemplary, he was a symbol of self-respect, an inspiration for all who aspire for meaningful achievement, and above all, he was a person who fondly loved all facets of life," Karnataka Deputy CM said CN Ashwathnarayan said. (ANI)