Get latest articles and stories on India at LatestLY. A timer device with Ammonium Nitrate and RDX was used in the 3 kg Improvised Explosive Device (IED) recovered from Ghazipur Flower Market on January 14, mentions the report submitted to Delhi Police by the National Security Guard (NSG). 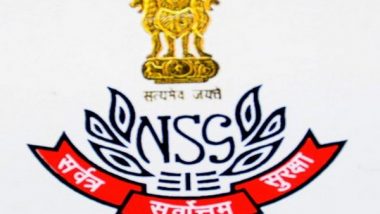 The confidential detailed post-analysis chemical report of the explosive was submitted to the Delhi Police later in the same day after the Bomb Disposal Squad (BDS) of the elite NSG wing collected its samples soon after its disposal.

A senior NSG official, privy to the investigation, told ANI that "a timer device with Ammonium Nitrate and RDX was used in the IED recovered from Ghazipur".

"Our BDS team prepared the report the same day and submitted it to the Delhi Police mentioning all findings from the explosive. The next course of action will be done by Delhi Police as it is investigating the matter of how the explosive material reached the crowded place in the national capital," the NSG officer said.

NSG Director General M.A. Ganapathy also confirmed ANI that the IED's analysis report has been submitted to the Delhi Police with confirmed traces of "Ammonium Nitrate and RDX found in it".

"Ammonium Nitrate and RDX were the components used to manufacture the IED recovered from Ghazipur market. NSG submitted a detailed analysis report of the IED components to Delhi Police on the same day the explosive was recovered," Ganapathy said.

ANI had earlier reported that the NSG, in its initial findings, informed its chief about the suspected traces of Ammonium Nitrate and RDX.

NIA Chief then confirmed the ANI that RDX and Ammonium Nitrate chemical compounds are suspected to be used in the manufacturing of approximately 3 kg IED recovered from east Delhi's Ghazipur area.

The recovery of the IED on Januaryb14 morning had left security agencies in a tizzy as it was considered as a big security threat ahead of Republic Day celebrations slated in the next two weeks.

In a major security threat just two weeks ahead of Republic Day celebrations, the Delhi Police recovered the IED from an unattended bag at Ghazipur Flower Market around 11 am on January 14. Fire engines were also sent to the site.

A team of nearly 11 to 15 personnel of its BDS unit was pressed on the spot soon after an alert was received from the Delhi Police. The explosive was defused around 1.30 pm by the BDS unit of the NSG, an elite counter-terrorism unit under the Ministry of Home Affairs which was founded on October 16, 1984, under the National Security Guard Act, 1986. (ANI)