Women will be allowed to board the other suburban trains also during the non-peak hours, officials said. 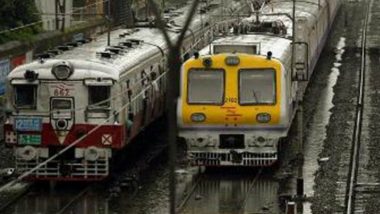 Mumbai, Oct 21: A day after Railway Minister Piyush Goyal allowed all women passengers to travel in local trains in Mumbai, the Western Railway on Wednesday added four 'ladies special' trains on its suburban network. Women will be allowed to board the other suburban trains also during the non-peak hours, officials said.

Railway authorities resumed the local train services in the metropolis from June 15.

Currently, only those engaged in essential services as categorised by the Maharashtra government are allowed to travel in the local trains run by the Central Railway and the Western Railway, through a QR code mechanism.

With the addition of four ladies special trains, the Western Railway (WR) is now running six trains only for women. The overall daily services on WR network has gone up to 704 amid the COVID-19 lockdown, a railway official said.

Besides, the Central Railway (CR) is running 706 local train services, including four ladies special trains, in the city and suburbs, he said.

The railway authorities have permitted women to travel in local trains on both the CR and WR routes during non-peak hours - from 11 am to 3 pm and 7 pm onwards - from Wednesday.

Goyal made the announcement on Tuesday, after the Maharashtra government sent a second letter to the railway authorities to consider the request at the earliest.

The state government had earlier written to the Railways on October 16, requesting that all women be allowed to travel in the local trains.