Asian Beach Games in China Postponed Due to COVID-19 Pandemic 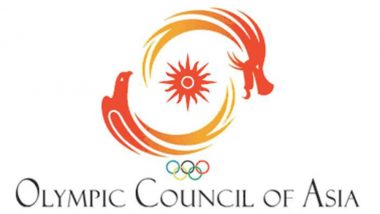 Kuwait City, July 11: The Olympic Council of Asia on Saturday postponed the sixth Asian Beach Games, scheduled from November 28 to December 6 in the Chinese city of Sanya, due to the COVID-19 pandemic.

The unprecedented health crisis has led to cancellation or postponement of many sporting events around the world in the past few months. The Tokyo Olympics too have been postponed to next year.

"The Olympic Council of Asia and the Chinese Olympic Committee are in discussion to reschedule the dates of the Sanya Asian Beach Games due to the COVID 19 pandemic," the OCA said in a statement.

"The three parties have been in constant contact all year regarding the Asian Beach Games in Sanya and are closely monitoring the situation on a daily basis and working together closely to adjust the dates, if required.

"Once a decision has been made, OCA jointly with Chinese Olympic Committee and the Sanya Asian Beach Organizing Committee will announce the new dates regarding the sixth Asian Beach Games," it added. The previous edition was held in Vietnam in 2016. Haiyang in China hosted the Games in 2012. The first ever Asian Beach Games took place in Bali in 2008.