Get latest articles and stories on Sports at LatestLY. The Chinese Football Association (CFA) will not host the AFC Asian Cup 2023, the Asian Football Confederation (AFC) announced on Saturday. 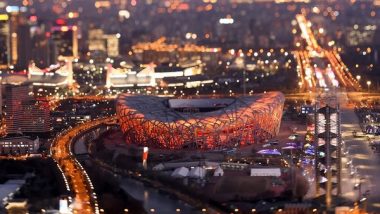 "The AFC acknowledges the exceptional circumstances caused by the COVID-19 pandemic, which led to the relinquishment by China of its hosting rights," AFC in a statement said.

The AFC had worked closely with the CFA and the AFC Asian Cup China 2023 Local Organising Committee (LOC) during the preparations for the event and several milestones were achieved, including the launch of the tournament logo and the unveiling of the newly completed Shanghai Pudong Football Stadium last year.

The details about the next steps related to the hosting of the AFC Asian Cup 2023 will be announced in due course by the chief Asian footballing body. (ANI)