Asian champion and star wrestler Vinesh Phogat on Friday clinched gold in the 53kg category at the Poland Open. 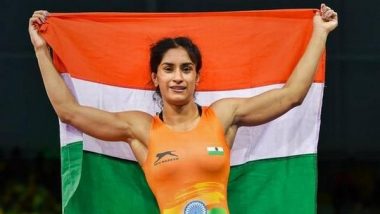 The Indian wrestler was in top-notch form during the game as she defeated Khrystyna Bereza of Ukraine 8-0 in Final.

In April, Vinesh had said she has reached 85 per cent of her peak and wanted to be in full form during the Tokyo Olympics.

The win on Friday ensured Vinesh takes full confidence from the game as she prepares for the Tokyo Olympics.

Last month, the Mission Olympic Cell has approved Vinesh's proposal to the Target Olympic Podium Scheme (TOPS), routed through the Wrestling Federation of India (WFI), to train in Hungary and Poland after she finishes her high-altitude stint in Bulgaria.

Vinesh's coach Woller Akos, sparring partner Priyanka, and physiotherapist Poornima Raman Ngomdir will be with her throughout.

The cost of her proposal for training and competition is Rs. 20.21 lakhs. She has so far received financial support of Rs. 1.13 crore from the TOPS. (ANI)