Get latest articles and stories on Sports at LatestLY. Aston Villa on Monday announced the signing of Boubacar Kamara on a five-year contract. 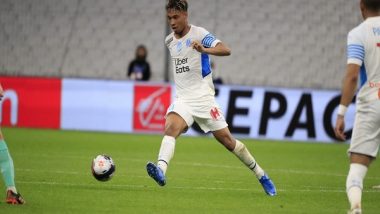 London [UK], May 23 (ANI): Aston Villa on Monday announced the signing of Boubacar Kamara on a five-year contract.

The 22-year-old midfielder, who has just won his first call-up to the France national team after a fantastic season at Olympique Marseille, will join Villa following the expiry of his contract with the French club.

Kamara came through the youth ranks at Marseille, going on to rack up well over a century of appearances for the first team, which made him one of the most in-demand young players in European football.

He played a key role in this season's Ligue 1 campaign for Marseille when they were runners-up and in a successful run to the Europa League semi-finals.

Head Coach Steven Gerrard said: "I am delighted that we have been able to attract one of the most promising young talents in European football. We have a very clear plan to make our team stronger and Bouba is an important part of that." (ANI)