Get latest articles and stories on Tech at LatestLY. Last week, after launching its first smartphone of 2022, the Desire 22 Pro, HTC has now introduced an Android tablet dubbed as the HTC A101. 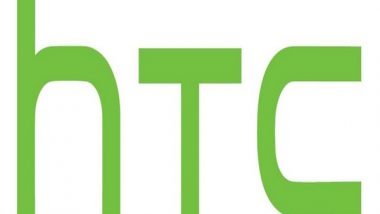 Washington [US], July 5 (ANI): Last week, after launching its first smartphone of 2022, the Desire 22 Pro, HTC has now introduced an Android tablet dubbed as the HTC A101.

According to GSM Arena, the budget device brings a 10-inch IPS LCD, Unisoc T618 chipset and a 7,000 mAh battery.

The new tablet from HTC brings a metal unibody design with a 10-inch IPS LCD upfront with FHD+ resolution and some thick bezels.

The device is powered by Unisoc's T618 SoC paired with 8GB RAM and 128GB storage which is expandable via microSD. The tablet also gets a 3.5mm headphone jack.

The HTC A101 has a 5MP front-facing camera and a 16MP unit on the back. The software front is covered by Android 11. There's a 7,000 mAh battery with support for 10W charging via USB-C.

HTC offers this tablet in grey and silver colors and retails it for RUB 19,890 (USD 361) in Russia. The device is also set to make its way to the South African market soon, as per GSM Arena. (ANI)