Get latest articles and stories on Tech at LatestLY. Popular photo-sharing platform Instagram is rolling out display advertisements for its Reels feature all over the world. 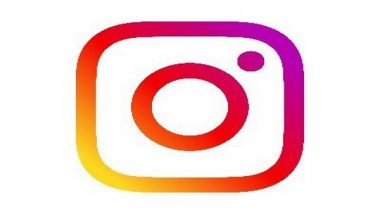 Washington [US], June 19 (ANI): Popular photo-sharing platform Instagram is rolling out display advertisements for its Reels feature all over the world.

Mashable has learnt that Facebook is finally launching advertisements globally on Instagram Reels, a short-video maker, that rivals another similar popular app TikTok.

The trial for the same has already taken place in countries like India, Australia, Brazil, and Germany in April.

"We see Reels as a great way for people to discover new content on Instagram, and so ads are a natural fit. Brands of all sizes can take advantage of this new creative format in an environment where people are already being entertained," said Instagram's Chief Operating Officer, Justin Osofsky.

According to Mashable, Instagram teamed up with leading brands and tested their advertisements on Reels. The brands were: BMW, Louis Vuitton, Netflix and Uber.

The Instagram Reels will have the same vertical and full-screen format as regular Reel uploads. The Reel advertisements will be up to 30 seconds long and will appear between individual Reels.

In fact, as per Mashable, advertisements in Instagram Reels can be commented on, liked, saved, and also shared.

Instagram Reels managed to gain a lot of traction after it was launched in India back in July 2020, shortly after TikTok got banned. (ANI)