Get latest articles and stories on World at LatestLY. Amid rising cases of forced disappearances in the country, the Human Rights Commission of Pakistan (HRCP) chairperson Hina Jilani on Friday asked the Shehbaz Sharif's government not to take the issues of human rights violations lightly. 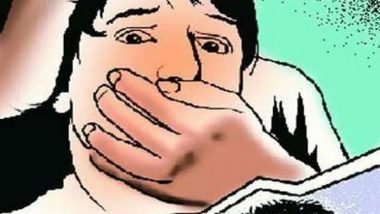 Islamabad [Pakistan], April 30 (ANI): Amid rising cases of forced disappearances in the country, the Human Rights Commission of Pakistan (HRCP) chairperson Hina Jilani on Friday asked the Shehbaz Sharif's government not to take the issues of human rights violations lightly.

The report said the PTI government failed to get the long-awaited bill passed to criminalise enforced disappearance as a separate autonomous offence despite making commitments since 2018, Dawn reported.

In February, a large group of protesters held a week-long sit-in in Islamabad against enforced disappearances in Balochistan.

Ms Jilani and HRCP Secretary General Harris Khalique, along with members of the commission, launched the report.

Highlighting the issue of freedom of expression, the report pointed out that at least in nine cases, journalists were intimidated or silenced.

"Although the Prime Minister met a three-member delegation from the sit-in, no progress was made towards recovering their family members," read the report, adding two students from the University of Balochistan allegedly disappeared in November, stated Dawn.

The report also threw light on the lynching of a Sri Lankan factory manager in Sialkot by a mob on allegations of blasphemy and the savage murder of human rights defender Nazim Jokhio allegedly by PPP lawmakers.

The HRCP asked the government to take steps for protecting the freedom of expression and rights of vulnerable and excluded groups.

"With 5,279 rape cases and 478 honour killings and the macabre murder of Noor Mukhaddam in Islamabad, women's rights activists rightly spoke of a 'femicide emergency' in Pakistan in 2021," the report said.

It further pointed out delays in court cases and said by year-end there were over 2.14 million cases pending in the judiciary against the 2.15 million in 2020, a slight fall in the backlog of cases.

The HRCP report said a total of 172 laws were enacted by parliament and provincial assemblies: 58 federal and 114 provincial laws.

The report said UN human rights experts called on Pakistan to halt evictions of residents from Gujjar nullah and Orangi nullah in Karachi, and separately appealed for the release of Stephen Masih, a Pakistani Christian from Sialkot detained for two years on blasphemy charges.

According to Dawn, the transgender community continues to be marginalised both socially and economically. In Karachi alone, more than 200 threatening video and audio messages sent to transgender persons were reported, creating a sense of fear and insecurity among the community.

Children between the ages of six and 15 years, both boys and girls, remained as susceptible to abuse and violence as other marginalised groups, the report quoted, citing sources.

Moreover, in January, Islamic State militants kidnapped and killed 11 coal miners from the Shia Hazara community, which led to a multiple-day protest against the incident by the community in Quetta, demanding that the then Prime Minister Imran Khan visit their camp. However, Mr Khan termed their demand 'blackmailing' and refused to visit them.

In August, the Prime Minister officially launched the much-disputed Single National Curriculum (SNC) for primary schools and seminaries, claiming that this initiative would reduce educational disparities.However, the SNC drew strong criticism from education experts and human rights defenders for its lack of inclusivity, over-emphasis on Islamic religious content at the expense of religious minorities and poor pedagogy, read the report.

Islamabad's state terror and crimes against humanity are most unconscionable. In fact, violence against women and girls, including rape, murder, acid attacks, domestic violence, and forced marriage, is quite endemic throughout Pakistan. (ANI)