Get latest articles and stories on World at LatestLY. There is an intense, though not publicized, dialogue between Canada and Germany on turbines for the Nord Stream gas pipeline project, Russian Ambassador to Ottawa Oleg Stepanov said. 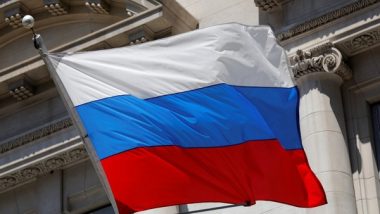 Moscow [Russia], June 23 (ANI/Sputnik): There is an intense, though not publicized, dialogue between Canada and Germany on turbines for the Nord Stream gas pipeline project, Russian Ambassador to Ottawa Oleg Stepanov said.

"We know that there is an intensive, albeit not very publicized, dialogue on this issue between Berlin and Ottawa," the ambassador said on the air of the Rossiya 24 broadcaster, commenting on the situation with the turbines for Nord Stream.

Also Read | Today, Tulsa Women’s Clinic Can Only Provide Sonograms for Women to See How Far Along … – Latest Tweet by Reuters.

Canadian authorities are considering amendments to the country's budget legislation in order to legalize the confiscation of Russian assets, Stepanov said.

"Even Deputy Prime Minister Chrystia Freeland said that Canada would initiate these legal novelties within the framework of the G7 in order not just to freeze assets, but to confiscate them. And now in the budget bill in Canada, amendments to it are being considered in order to legalize such a practice, which is completely illegal," he said.

He clarified that about $100 million of assets were now frozen in Canada and about $23 million were still frozen as part of transactions.

"We are dealing with the Canadian Foreign Ministry on the topics that reach us -- a number of Russian companies are turning to us, and we are working to release this money, but the situation is difficult," Stepanov added. (ANI/Sputnik)