China in the last few years have significantly increased its efforts to influence media coverage and the global narrative about itself, a new report states. 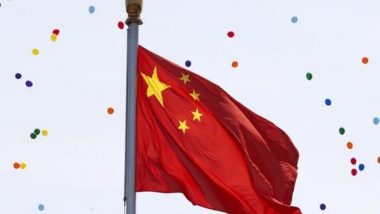 New York [US], June 11 (ANI): China in the last few years have significantly increased its efforts to influence media coverage and the global narrative about itself, a new report states.

The report talks about how non-governmental performers help in shaping Beijing's point of view and contribute towards its efforts on media impact by leveraging censorship, disinformation, propaganda and influence over key nodes.

For instance, during the COVID-19 outbreak, a Wuhan doctor who was termed the whistle blower, exposed the ground reality in China which President Xi Jinping was deliberately trying to cover.

The doctor subsequently died in February 2020 after it was discovered that he was being investigated for 'making untrue comments' and 'interrupting the social order', reported The Geopolitics.

The Chinese Communist Party (CCP) seems to have made systemic efforts to layout its propaganda globally while at the same time tightly administer its censorship scheme within the country. This extreme form of propaganda has very deep-rooted clutches, wrote Baussart.

As an authoritarian regime, apart from internally silencing real accounts of its citizens during the pandemic, China also spared no opportunity in criticizing the ill handling of the outbreak by countries it perceived as rivals, such as the USA, UK etc.

So as in the case of power hungry and insecure establishments, when the narrative starts tilting to one's disadvantage, media outlets are roped in to try and shift the flow by portraying the enemy in negative light. This is exactly what happened in China, during the pandemic as well as during the prodemocracy protests in Hong Kong in 2019, reported The Geopolitics.

Back then, while covering the Hong Kong protests, CGTN (China Global Television Network), the official media outlet of the Government, came out with numerous stories on its Facebook page with videos linking the protestors to terrorists, wrote Baussart.

In the same year in December, the Spanish, French and the English Facebook page of CGTN put out documentary series alleging terrorist threats by Xinjiang Muslims. Through such shrewd attempts, China time and again, has utilized propagation of incorrect information as a defense tactic to safeguard its interests.

China has also emphasized on developing a positive image about itself through various propaganda machinery. To win African hearts, a Beijing based Media Company; StarTimes surpassed the broadcasting framework of the African continent packing millions of households with Chinese content to subtly impact minds, leaving its footprints in their lives indistinguishable.

Not just with content, but even through finances, China has been determining the nature of programmes being viewed and the narrative being built around its success as an economic power.

In the process, cash strapped media houses have lost their independence and towed the line being dictated by the finance provider. For example, in Thailand, the news portals and cash crunched media companies rely excessively on Chinese state backed media for resources and thereby content, reported The Geopolitics.

In addition to its aggressive efforts towards building a good image, China has also been using surveillance mechanisms against its perceived enemies, informed Baussart in the article.

In the United States, China was found conducting an unsuccessful phishing attack on President Joe Biden's election campaign in 2020 as reported by Google's Threat Analysis Group.

Thus, the Chinese Communist Party's propaganda reins both the mighty democratic powers of the world as well as the disadvantaged and underprivileged states.

However, what is being increasingly noticed across the globe is that Beijing's encroachments in the media and its autocratic and tyrant measures are being resisted and consistently opposed, wrote Baussart.

An enhanced exposure to Beijing's tactics has also awakened the international community making them aware of China's influence on the nature and content of the news they are consuming and the hidden agenda behind it.

Last year, three Chinese spies who claimed to be working for Chinese media outlets but were actually in the employment of Ministry of State Security of China were dismissed by Britain.

In the same year, the British media regulator Ofcom revoked China Global Television Network's (CGTN) license citing that the license was issued in the name of an entity which has no editorial power over the content but it seems that the channel was largely being controlled by the CCP.

Earlier, in May 2020, after discovering hundreds of accounts pressurizing voices that were critical of the CCP during the pandemic, Twitter, YouTube and Facebook promptly removed all such accounts. Facebook also made changes in June to its strategy announcing that henceforth it will start labelling media pages that are either wholly or in part in control of the State, The Geopolitics reported.

Amidst a pandemic and a global race to supremacy, it's time the world realises that Beijing seeks to abuse the unreserved freedom of institutions in democracies to establish and compel its vision and shush its critics, wrote Baussart. (ANI)