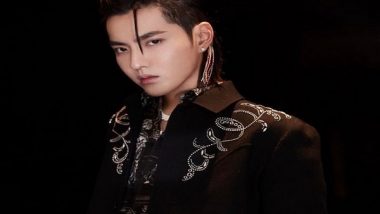 Wu was accused last week by Du Meizhu, an internet influencer who claims to be Wu's girlfriend, of luring underage women to have sex by claiming he was recruiting actresses, as per Global Times.

The controversy has been drawing the widespread condemnation of the singer on Chinese social media and leading to luxury brands torpedoing deals with him.

Citing an online report, Global Times reported that "Wu Yifan (Kris Wu) repeatedly deceived young women to have sex" and other related circumstances, Wu (male, 30 years old, Canadian national) is suspected of rape after police investigation, and has been detained by Public Security Bureau at Chaoyang district in accordance with the law, and the investigation work is being further carried out, the Chaoyang police authority announced in a post on Sina Weibo.

The announcement was immediately ranking among the top trending ones on Sina Weibo, with many netizens calling for impartial probe into the matter and serious punishment for the criminal if the crime is proven, even if he was once a popular icon.

Lu Pin, the founding editor in chief of Feminist Voices on July 28 wrote in The Washington Post: "At this point, I choose not to directly comment on the specific allegations. Yet what is striking about this case is how it reflects the shifting public opinion in China around sexual misconduct -- and, with it, the influence of the #MeToo and feminist movements, which keep rising despite suppression and setbacks."

However, Wu has denied the allegations. China's age of consent is 14, according to The Washington Post. (ANI)