Get latest articles and stories on World at LatestLY. As soon as the UK decided to ban China's telecommunication Huawei, from its 5G telecoms networks, the debate regarding the security threat from Chinese equipment again intensified in the mainstream. 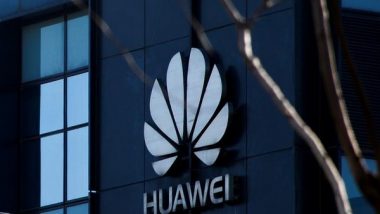 London [UK], August 12 (ANI): As soon as the UK decided to ban China's telecommunication Huawei, from its 5G telecoms networks, the debate regarding the security threat from Chinese equipment again intensified in the mainstream.

This comes after the MPs and peers called on the British government to crack down on the use of surveillance equipment from two Chinese companies, Hikvision and Dahua, which have already been blacklisted by Washington, Financial Post, an American-based publication reported.

However, there is one threat that has gone under the radar, the tiny components made by Chinese companies in devices connected by the Internet of Things.

The Internet of Things (IoT) has evolved from niche industrial applications to being ubiquitous in homes, offices and some vehicles. These technologies are great to help in our day-to-day life but it turns out to be data collectors which can be used by a hostile state such as China to influence, pressure or threaten an adversary, company or individual.

All these connected functions are enabled by tiny cellular IoT modules. Unlike semiconductors or 5G base stations, they are rarely marketed as complete products, which goes some way to explaining why the risk appears to have been lost on London and Washington.

According to the publication, CISA, the US cyber security agency, recently warned of critical vulnerabilities in Chinese-made GPS-enabled IoT devices in cars and motorcycles. They were found to contain hard-coded admin passwords and other flaws that would not only allow Chinese suppliers to monitor the location of these devices remotely but to potentially cut off the fuel supply while vehicles were in motion.

Meanwhile, Prof. Fraser Sampson, Commissioner for the Retention and Use of Biometric Material and Surveillance Camera Commissioner welcomed the UK's move to replace the Chinese surveillance system.

He told Asian Lite that other government departments would review their existing systems and will consider the clauses suggested by him in procuring surveillance and security equipment.

Sampson is an expert in criminal justice and national chair of the Association of Police and Crime Chief Executives. He said that the market is flooded with privately owned and unregulated recording devices like dash cams, mobile phones, and video doorbells etc.

"We don't need these many CCTV cameras in our public places. We simply need a system to compile the content and edit to make it useful for the security purpose," he said.

Other rights groups are campaigning for Hikvision and Dahua to be banned in the UK due to the companies' involvement in the Chinese state's repression of Uyghurs in Xinjiang, China. Hikvision and Dahua cameras are used in concentration camps throughout the Uyghur region. Both companies have contracts worth at least $1.2 billion for 11 separate, large-scale surveillance projects across the region.

Chinese authorities have detained up to 1.8 million Uyghurs and other Turkic minorities in internment camps since 2017, according to numerous investigative reports by researchers, think tanks and foreign media. (ANI)