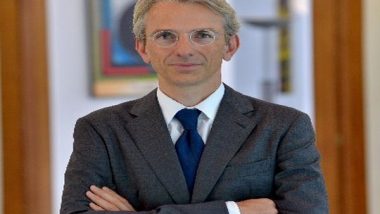 Taking to Twitter, Spokesperson of Ministry of External Affairs Arindam Bagchi wrote, "Deeply value this continuing support from our friend & partner France. Grateful to our friend Qatar for the prompt facilitation in collaboration with the French Embassy in Qatar."

Amid the massive surge in COVID cases, India received global support in the form of PPE kits, medical equipment, oxygen concentrators, and oxygen cylinders, and other medical aids.

Earlier, France had announced that it will provide India with eight high-capacity oxygen generators, liquid oxygen for 2000 patients for five days, as well as 28 ventilators and equipment for ICUs.

Twenty-eight tonnes of medical equipment sent by France as part of its solidarity mission for facing the COVID-19 crisis.

Besides France, several other countries including the United Kingdom, the US, and Germany have also announced plans to support India.

With 4,205 COVID-related deaths in the last 24 hours, India reported another grim record of the highest single-day death toll in one day, as per data from the union health ministry. The last record was reported on May 7, with 4,187 deaths.