Meanwhile, Japan announced today plans to issue so-called vaccine passports from around mid- to late July as more activities around the world open up to people who have been vaccinated against COVID-19, Kyodo News reported citing the nation's top government spokesman. 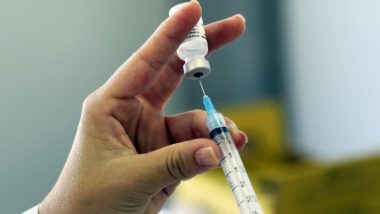 New Delhi, June 17: While countries like Japan deciding to issue "vaccine passports" as proof of immunisation for its citizens travelling abroad, India on Thursday said that it will favour discussion with a greater focus on vaccine equity, since many developing nations are yet to inoculate a large per cent of their population.

At his daily press briefing, ministry of external affairs (MEA) spokesperson Arindam Bagchi said: "As you are aware, there is an ongoing global debate on this issue of so-called vaccine passports. We feel that this has to be linked to the larger issue of vaccine equity given that many developing countries have not yet been able to vaccinate a large per cent of their population."

"We would favour discussions on the subject of vaccine passports with greater focus on vaccine equity," he added. The Union health minister Dr Harsh Vardhan had during a G7 plus ministerial session earlier this month conveyed India's strong opposition to the idea of a 'vaccine passport' and said that as the vaccination coverage of developing countries is less than the developed countries, such an initiative would prove to be "highly discriminatory." COVID-19 Vaccine Certificate Upload Delay Hits Chennai Residents’ Travel, Job Plans.

Meanwhile, Japan announced today plans to issue so-called vaccine passports from around mid- to late July as more activities around the world open up to people who have been vaccinated against COVID-19, Kyodo News reported citing the nation's top government spokesman.

"To prepare for prompt issuance, we will first issue the vaccination certificates by paper but will also make consideration for their issuance in the digital format," said Chief Cabinet Secretary Katsunobu Kato.

Japan is asking other countries to exempt travellers carrying the documents that officially certify their vaccination status from quarantine or to shorten the quarantine period, government sources were quoted as saying.

Speaking on educational institutes in the United States asking students to be inoculated jabbed with a World Health Organization (WHO)-approved vaccine, India's external affairs ministry said that there is no uniformity in these requirements and that the US government has clarified that vaccination is not a mandatory requirement for travelling to the US for Indian students.

"I also understand that there are multiple conversations between the students and our universities. We would obviously support our students. I think everyone concerned is interested in ensuring that the students are able to reach the universities and undertake regular classes and we hope that a constructive solution can be found," the MEA spokesperson said today.

The United States on Tuesday assured more visa appointments to Indian students in the coming weeks after a rush for interview slots among applicants was witnessed at the embassy portal on opening day. FAQs on COVID-19 Vaccination: Experts Answer Frequently Asked Questions About Vaccine and Inoculation.

It was earlier reported that those who have been inoculated with indigenous Covaxin or the Russian-made Sputnik V are being asked to re-vaccinate by the US universities as these vaccines have not yet been approved by the WHO.

The MEA spokesperson further informed that Indian authorities are monitoring the ongoing discussions on the emergency use authorisation approval of Covaxin by the WHO.