The National Investigation Agency (NIA) has re-registered a case in the Improvised Explosive Device (IED) blast near Israel Embassy near Jindal House on APJ Abdul Kalam Road here on January 29 this year. 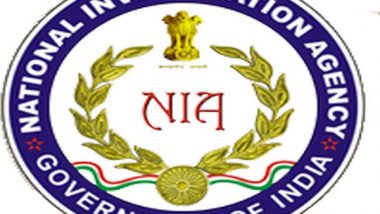 The case was earlier being probed by the Special Cell of Delhi Police under charges of 427 of Indian Penal Code and Section 3 of Explosive Substances Act, 1908, relating to the IED blast. The Ministry of Home Affairs (MHA) handed over the case to the NIA on February 2 this year.

The blast took place near Bangalow No 5, APJ Abdul Kalam Road at around 5 pm, and the police received a call around 5.20 pm

A crater due to the IED blast was found near a palm tree on the pavement. Due to the impact of the explosion, windows of three cars which were parked on the opposite side of the road were found shattered.

Several IED components were found scattered nearby the explosion spot and the Delhi Police recovered an envelope folded inside a closed poly pack from the spot.

Earlier on June 24, the four accused were arrested from Kargil. A team of Delhi Police went to Kargil to arrest the four students and later obtained the transit remand from a local court to bring them to Delhi.

The Delhi Police Special Cell conducted a lie detector test of the accused after their statements contradicted each other, as per Delhi Police Sources. (ANI)