The vaccination drive in the Nepali capital Kathmandu has been halted as the allotted number of COVID-19 jabs for the drive finished earlier than expected. 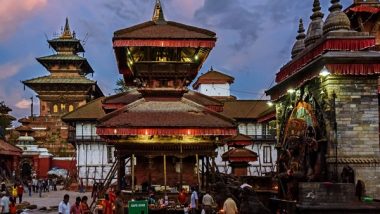 Kathmandu [Nepal], June 10 (ANI): The vaccination drive in the Nepali capital Kathmandu has been halted as the allotted number of COVID-19 jabs for the drive finished earlier than expected.

The inoculation drive, which started on Tuesday and was scheduled to run till Saturday, came to an end two days before schedule due to the government's inability to supply vaccine to the local body.

"Kathmandu Metropolitan City (KMC) started inoculation drive using China-made Vero Cell vaccine targeting sexagenarians from 8 June. We have been informed by the government that they no longer can provide us additional vaccines. As we run out of vaccines we have decided to halt vaccine drive until further notice," Hari Kunwar, Chief of the Health Depart of Kathmandu Metropolitan confirmed to ANI over the phone.

In last three days, local administration which oversees and supplies vaccines to 32 wards of capital has inoculated about 28,000 people between ages of 60 and 64 years.

"The department of health's vaccine department has informed us that they would no longer be able to provide vaccines from tomorrow so the decision to halt the inoculation drive has been made," Kunwar added.

As per the official, the storage facility of the Kathmandu Metropolitan now has only 4,000 jabs which would be insufficient to continue the inoculation drive.

Nepal earlier in January started the inoculation drive but was stalled after running dry with anti-COVID jabs after India, the largest producer of vaccines halted it's export. Initially, Nepal kick started its inoculation drive with AstraZeneca vaccines produced in India known as Covishield after it received one million doses on grant basis from Southern neighbour.

Later in the month, Nepal had ordered additional two million doses of vaccines on commercial basis but got delivery of only half of it. With onset of second wave of infection in India and ban on export of vaccines, Nepal halted the inoculation drive. (ANI)