The United States and Taiwan are set to restart talks under the Trade and Investment Framework Agreement (TIFA) mechanism in coming weeks, the Office of the United States Trade Representative has said. 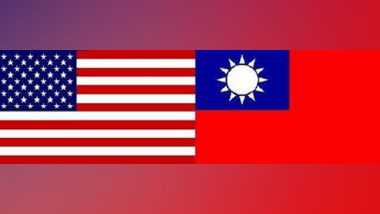 Washington DC [US], June 11 (ANI): The United States and Taiwan are set to restart talks under the Trade and Investment Framework Agreement (TIFA) mechanism in coming weeks, the Office of the United States Trade Representative has said.

This announcement was made after US Trade Representative Katherine Tai on Thursday virtually met with Taiwan Minister-Without-Portfolio John Deng.

"Ambassador Tai and Minister Deng (are) committed to the convening of the 11th Trade and Investment Framework Agreement (TIFA) Council meeting under the auspices of the American Institute in Taiwan (AIT) and the Taipei Economic and Cultural Representative Office in the United States (TECRO) in the coming weeks," the office said in a press statement.

During the talks, Tai noted the importance of the US-Taiwan trade and investment relationship and explained the Biden-Harris Administration's worker-centered trade priorities.

She also expressed the US' continued interest in working together with Taiwan on issues of common concern in multilateral organizations.

Earlier this week, US Secretary of State Antony Blinken had hinted that Washington may resume TIFA talks with Taipei during a legislative hearing. TIFA is a platform initiated by the US to expand its trade and investment with other economies, Focus Taiwan reported.

Taiwan and the US signed the agreement in 1994 and had hosted 10 high-level talks from 1995-2016. However, during former President Trump's term, the talks were suspended.

Experts believe that the discussions were stopped because of the US' displeasure with Taiwan's trade restrictions on some American goods. (ANI)