2020 Kia Sonet SUV To Be Launched in India on September 18; First Model Rolled Out From Anantpur Plant 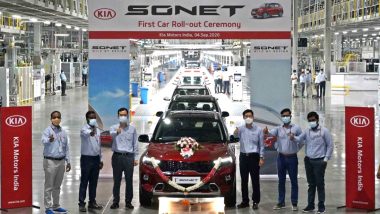 Kia Motors India is all set to launch the highly awaited its first sub-compact SUV, Sonet, in the country on September 18, 2020. Ahead of its scheduled launch, the South Korean carmaker has rolled out the first Sonet from its Anantpur plant in Andhra Pradesh. The Made-in-India Kia Sonet will be exported to more than 70 countries globally. Moreover, the upcoming sub-compact SUV from Kia Motors India will be heavily localised, commencing its mass production in India from September 4, 2020. Hyundai & Kia Recall Over 5 Lakh Vehicles to Fix Brake Fluid Leak.

When launched, the SUV will take on the segment leaders like Maruti Suzuki Vitara Brezza and the Hyundai Venue. Apart from these, it will also be pitted against Tata Nexon, Mahindra XUV300, Ford EcoSport and the Honda WR-V. Additionally, Toyota is also ready to launch its Urban Cruiser SUV in the segment which is a rebadged version of Vitara Brezza. Interestingly, even Nissan and Renault are readying their Sonet rivals that are expected to be called Magnite and Tiger. 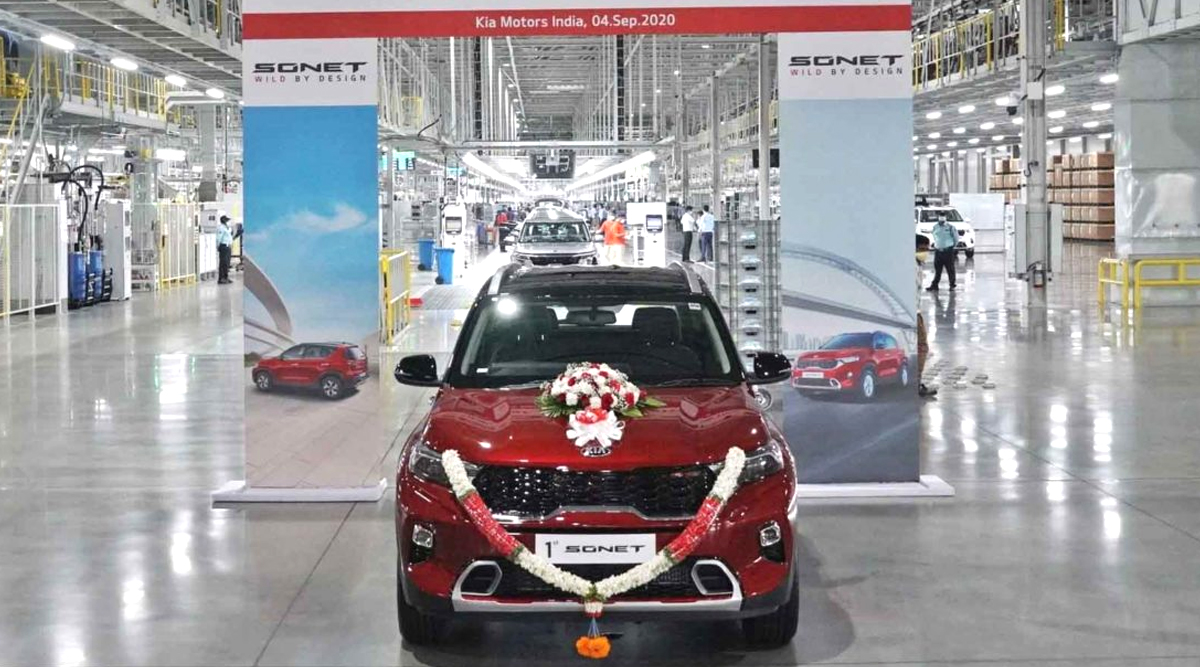 The 2020 Kia Sonet SUV will be offered in GT Line and Tech Line trims with further six sub-trims of HTE, HTK, HTK+, HTX, HTX+ and GTX+. The carmaker has already bagged over 6500 pre-bookings for the all-new Sonet on the first day of booking commencement. The deliveries for the new Sonet will start immediately after the launch event, which is slated for later this month. The upcoming Sonet SUV will be loaded with over 30 segment-best features along with UVO Connect technology featuring at least 57 in-car connectivity features. It will also get a10.25-inch touchscreen infotainment system. 2020 Kia Sonet SUV Officially Unveiled in India, Likely to Be Launched Soon. 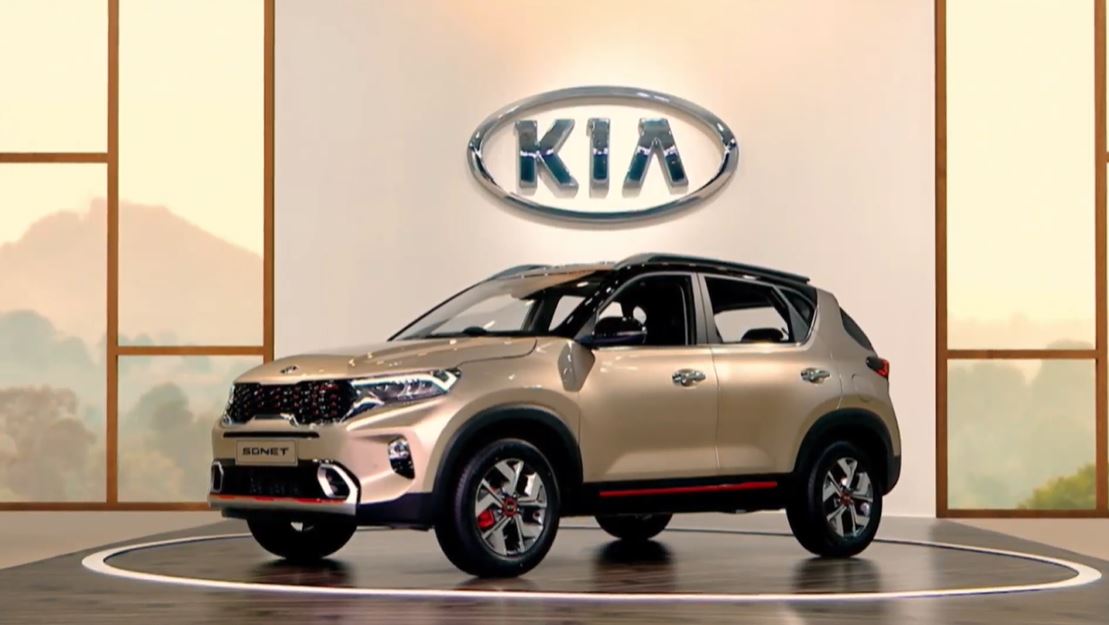 Kia Sonet sub-compact SUV to be launched in India on September 18, 2020 (File Photo)

(The above story first appeared on LatestLY on Sep 04, 2020 11:21 PM IST. For more news and updates on politics, world, sports, entertainment and lifestyle, log on to our website latestly.com).