Brett Knutson on How to Raise Capital for Your Business 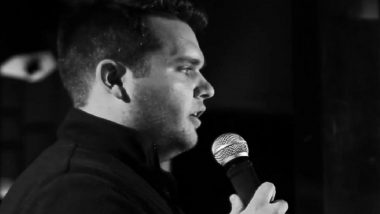 Understanding the basics of raising capital is critical for anyone with a business idea. Unfortunately, most aspiring entrepreneurs waste precious time and money because they have no idea where to start. Serial entrepreneur Brett Knutson, who has raised millions for his own companies and through a digital accelerator called Capital Academy, has helped over 50 companies cumulatively raise about 30 million dollars in six months. But his road to success wasn’t always smooth sailing. “I moved out to Silicon Valley and tried to raise money. It took me almost two years. I was failing and failing and failing,” he says. “I was meeting incredible people and wasting their time and mine because I wasn't prepared.” Knutson is sharing what he learned over the years to help guide other aspiring entrepreneurs.

Step 1: Create a pitch deck and an executive summary

“Business plans are antiquated. No firm or investor will ask for one,” explains Knutson. “You need to have a pitch deck that tells a compelling story to investors.” A pitch deck is a brief overview of your business plan, consisting of 10-20 slides, no more and no less. Knutson recommends checking out Y Combinator’s guide for building an effective pitch deck.

MVP stands for minimum viable product, which is an early version of a product that contains just enough basic features to capture the attention of investors or customers. “There’s no value in ideas. All of the value lies in the execution of the idea, so simply pitching an idea to an investor has no value, no matter how good the idea is,” explains Knutson. “So you need to have something physical that they can see or touch.” If it’s too expensive to build a prototype, Knutson advises hiring a designer to produce a CGI prototype. If it’s an app, hire a UX designer to design slides of what the app would look like. “The point is you need to have something tangible that helps other people see what you see in your head,” he says. “If you don't have that, you will not get an investment.”

Step 3: Figure out if you need to raise money

“A lot of times people think that they need to raise money just because that's what they see on Shark Tank, but that’s not always the case,” says Knutson. He recommends attempting to bootstrap first, which is a term used in the startup world to describe entrepreneurs who use their own savings to start a business rather than taking money from investors. “Try get yourself as far as you possibly can before you raise money, so that way you can raise at a higher valuation, ” he advises.

Step 4: If you do need to raise money, there are several ways to go about it