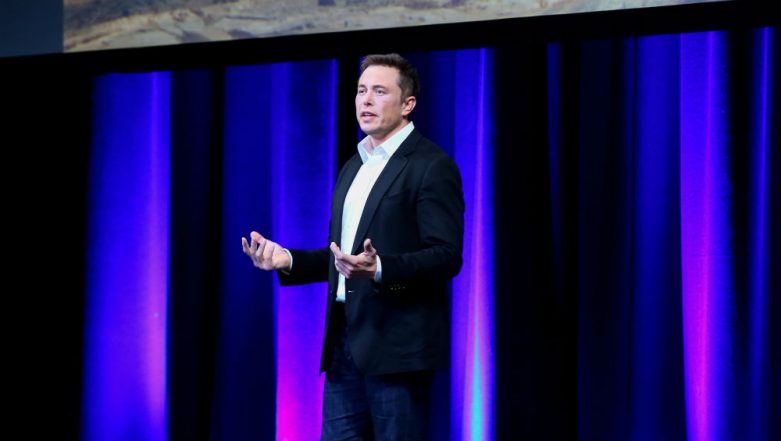 Beijing, Jan 7: Electric car maker Tesla CEO Elon Musk on Monday said he was set to lay the foundation of a Tesla Gigafactory in China that is expected to produce 500,000 electric vehicles per year -- doubling the production capacity of Tesla. Bullish on his Chinese dream, Musk last July said he had excellent meetings with senior country leaders and will aim to invest long-term in the country. He signed a preliminary agreement with the Shanghai government to build a Tesla Gigafactory in China. Elon Musk's SpaceX Successfully Launches Military Rocket for US Air Force.

Shanghai Giga will produce affordable versions of 3/Y for greater China. All Model S/X & higher cost versions of Model 3/Y will still be built in US for WW market, incl China.

Musk had earlier said that China's progress in advanced infrastructure is "more than 100 times faster than the US".

According to Teslarati, a multi-platform company with a focus on everything that Musk has, vehicle production at "Gigafactory 3" would start two years after its construction begins.

"Such an aggressive timeline is classic Elon Musk, especially considering that components of Gigafactory 3, such as the advanced manufacturing robots and machinery that would be used to build the vehicles, would likely be coming from abroad," the report said.