Ford To Sell Explorer SUVs Without Chips Due to Global Chip Shortage: Report

The global chip shortage has hit Ford and the automaker is set to start selling and shipping Explorer SUVs without the chips that power rear air conditioning and heating controls. 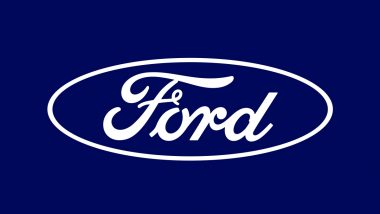 San Francisco: The global chip shortage has hit Ford and the automaker is set to start selling and shipping Explorer SUVs without the chips that power rear air conditioning and heating controls. According to a report in Automotive News citing sources, Ford Motor Co plans to ship and sell partially built vehicles that are awaiting semiconductors or related components that control non-safety critical features. Ford To Shut Down Both of Its Manufacturing Plants in India, Here’s Why.

The automaker will ship the missing semiconductors to dealers within one year, which they will then install in customers' vehicles after purchase. Ford spokesperson Said Deep told The Verge that heating and air condition will still be controllable from the front seats. The customers who choose to purchase a vehicle without the rear controls will receive a price reduction.

The automaker originally had plans to ship partially-built, undrivable vehicles to dealers last year. However, the vehicles without some chips "will be both driveable and sellable". Last month, hundreds of new Ford Bronco vehicles were standing idle near its Michigan assembly plant in the US, awaiting chips, the report mentioned.

Several automakers are grappling with the constraints introduced by the chip shortage. GM has dropped wireless charging, HD radios, and a fuel management module. Tesla sold some cars without USB ports and made them installable at a later date.

(The above story first appeared on LatestLY on Mar 14, 2022 11:32 AM IST. For more news and updates on politics, world, sports, entertainment and lifestyle, log on to our website latestly.com).