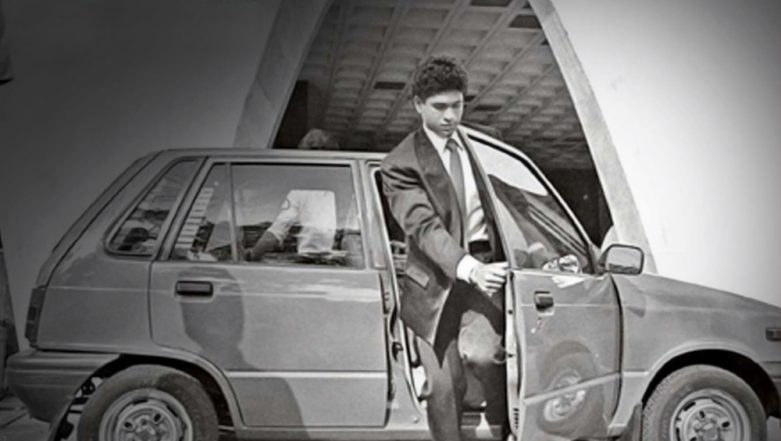 Maruti Suzuki 800 was one of the most stylish small car of its time and it has been 35 years ever since the car was launched in India. Revealed to Indian on December 13, 1983, the small car went on to lay strong foundation of the India's largest car manufacturer - Maruti Suzuki India. The small car celebrated its 35th anniversary on Thursday. Codenamed as SS80, the Maruti 800 hatchback was projected as a reliable car with efficient Japanese engineering. Maruti Suzuki Cars Price Hike: Maruti Ertiga, Alto, Swift, S-Cross To Get Expensive By January 2019.

The first key of Maruti 800 was handed over to Harpal Singh by shedding out huge sum of around Rs 50,000. Built on monocoque body, Maruti's small car was spacious for four adult and it came equipped with a 796cc engine. Moreover, it was the first made-in-India car to feature front-wheel drivetrain system along with bunch of other highlights such as disc brakes, floor shift gears, bucket seats, plastic moulded dashboard and much more. In no time, the small car started giving Padminis and Ambassadors run for their money.

The demand for Maruti 800 was so high that legendary cricketer - Sachin Tendulkar and Badshah of Bollywood- Shah Rukh Khan once owned this iconic legend. After launching Maruti 800 small car, the carmaker extended its reach in the country by launching Maruti Van and Maruti Gypsy in the year 1984 and 1985 respectively. Further catering the needs of the customer, Maruti 1000 saloon was launched in 1990 that proffered the spacious, reliable and comfortable car. New Maruti Suzuki Ertiga 2018 Launched in India; Prices Start From Rs 7.44 Lakh.

Over the period of time, Maruti Suzuki India revised the Maruti 800 with plenty of facelifts and upgrades to make the car more in line with modern counterparts yet keeping the affordable range in check. The company had sold over 2.7 million cars during its life cycle. The last Maruti 800 car was rolled off the production line on January 18, 2013 putting an end to car's incredible journey.