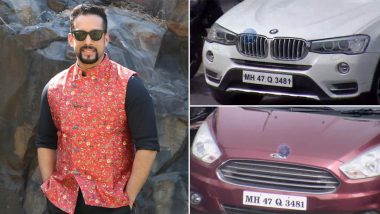 The year 2020 has been a bizarre one, and when we assume it can't get more grotesque than this, it turns up with another unexpected situation one after the other. Have you ever heard two cars registered on a single number plate?.. no right. In this unusual situation, we get to see, not one or two, but three cars registered on a single number plate. Yes.. you read that right! This extraordinary uncanny situation happened with an Indian actor, VJ, RJ and host, Salil Acharaya while checking his e-challans. Coolie No 1: Varun Dhawan Saving a Kid From a Fake Train in This WTF Scene Leaves Fans in Splits; Reminds Us of Kalank’s Bull-Fight Scene (Watch Video).

I am attaching proof in this tweet plz help

The white bmw is my car

The fraud car is in the red

I have mistakenly paid the other challan

This is dangerous as hes using my number plate pic.twitter.com/kkBP5C7ijl

This situation has not only left the actor surprised but also compelled Twitteratis to scratch their heads. He was astonished to see another car using his number plate, and an e-challan of Rs 200 was issued against that car using his registration number for violating traffic rules. Salil also attached images of the vehicle and specifically mentioned that the car registered on the number plate is a white coloured BMW. However, the other vehicle seen using the name registration plate was a Ford. Concerned about this, the actor sought help regarding the same.

To dig deeper into this, we went on to government's Parivahan official website to find out more information about the vehicle registered under the same number plate. 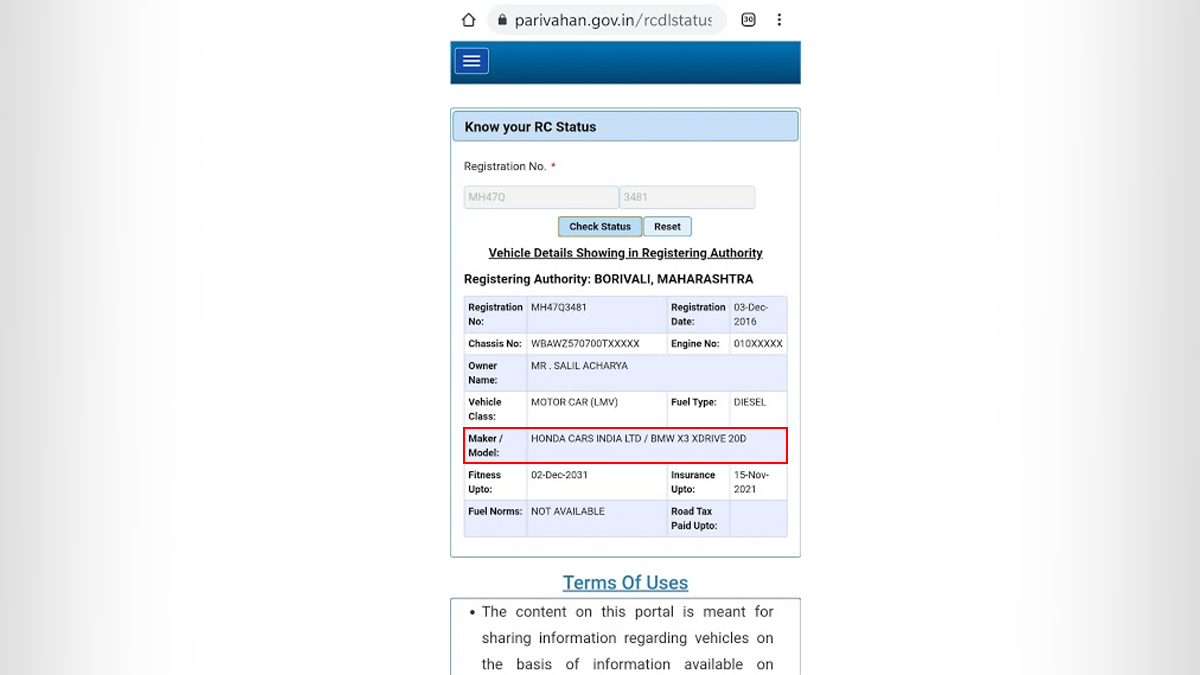 The number plate is originally recorded in the name of Salil Archarya for the BMW X3 SUV under Borivali RTO. We even verified the chassis number of the car, which also registered for a BMW car. Interestingly, the listing on the government's official site also mentions of 'Honda Cars India Ltd', suggesting another car using the same registration number.

Unlike the second scenario, this seems to be some kind of glitch at Borivali RTO department, and we believe the issue or glitch should be rectified immediately. However, the official website doesn't mention any Ford car being registered on the same number.

(The above story first appeared on LatestLY on Dec 25, 2020 12:49 PM IST. For more news and updates on politics, world, sports, entertainment and lifestyle, log on to our website latestly.com).