This upcoming Mahindra XUV700 SUV will be positioned between the XUV500 and the Alturas G4 in the company’s product line-up, which will be launched in India by Q2, 2022. 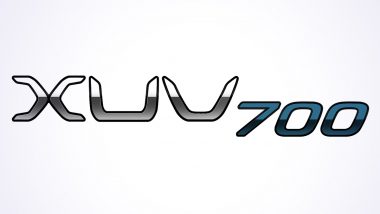 Mahindra & Mahindra today officially confirmed that its upcoming SUV, which is codenamed W601. The forthcoming XUV700 SUV from the homegrown UV maker will be produced at the company’s Chakan facility in Maharashtra. Pronounced as XUV, 7 double ‘Oh’, the global SUV is set to redefine benchmarks in the SUV segment, according to the carmaker. Mahindra & Mahindra Reports Sale of 40,403 Units in March.

The carmaker also shared an inspiring video on its official YouTube channel and social media channels. The video gives us an insight into what it goes at Mahindra's Research Valley, focusing on the commitment and dedication put in to develop the upcoming W601 SUV aka the XUV700 SUV.

To be built on an all-new platform, the Mahindra XUV700 SUV is slated to go on sale in India by Q2, 2022. Mahindra has confirmed that the SUV will be offered with both petrol and diesel engine options along with manual and automatic transmissions. There will also be an optional All-Wheel-Drive (AWD) on the offer.

Presenting the brand name of our much awaited all-new, authentic, global SUV codenamed W601 that will give you a rush like never before! #MahindraW601 pic.twitter.com/S5dv913pON

This upcoming Mahindra SUV will be positioned between the XUV500 and the Alturas G4 in the company’s product line-up.  It is important to note that the company hasn't announced any specifications of the SUV yet. However, we can expect the SUV to come loaded with powerful mechanicals and first in class features.

(The above story first appeared on LatestLY on Apr 08, 2021 12:55 PM IST. For more news and updates on politics, world, sports, entertainment and lifestyle, log on to our website latestly.com).