Tata Motors has officially unveiled the Curvv electric SUV Concept in the Indian market. The Concept CURVV is Tata Motors’ rendition of the modern SUV typology. 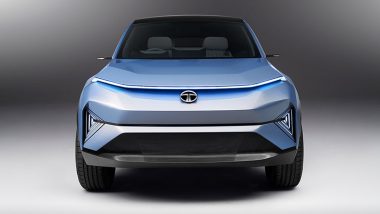 Tata Motors has officially unveiled the Curvv electric SUV Concept in the Indian market. The Concept CURVV is Tata Motors’ rendition of the modern SUV typology. Tata Curvv Electric SUV Concept in its production-ready avatar will first enter the market as an extension of the company’s ever-evolving Electric Vehicle (EV) portfolio. According to the company, the Curvv SUV will also come in petrol and diesel engine options. Tata Motors to Hike Passenger Vehicles Price by 0.9% Due to Rise in Input Costs.

The Curvv Electric SUV features a sloping roofline, coupe-like design and is a development of the Tata Sierra EV concept, which was showcased at the Auto Expo 2020 event. 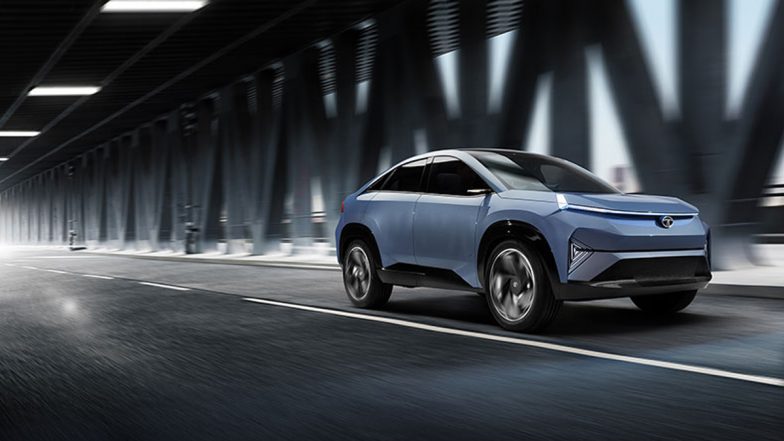 According to the released images, Tata Curvv's front features LED Daytime Running lamps, which are extended across the width of the bonnet. In addition to this, it also gets triangle-shaped headlights that are located on the bumper.

The wait is over.

A new typology vehicle crafted for the Indian roads with exhilarating performance and futuristic concept.

The electric version of Curvv SUV is expected to sport a large Li-ion battery, which will offer a range of 400 to 500km on a single charge. 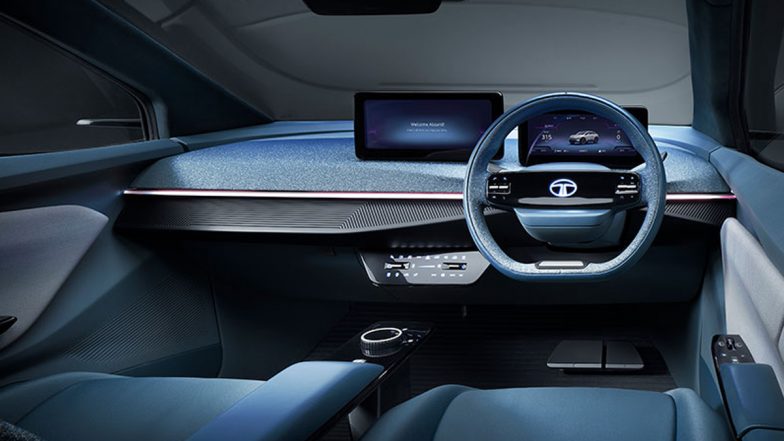 On the inside, the images reveal a unique dashboard, floating touchscreen infotainment system, a flat-bottom steering wheel and a rotatory dial. The Curvv will be placed above the Nexon and likely to debut in the next two years.

(The above story first appeared on LatestLY on Apr 06, 2022 01:33 PM IST. For more news and updates on politics, world, sports, entertainment and lifestyle, log on to our website latestly.com).