The Prime Minister Narendra Modi on Friday launched the Vehicle Scrappage Policy in India at the Gujarat Investor Summit. With the new policy, vehicles will be scrapped when their lifespan ends, reducing air pollution and will also make space for new vehicles. 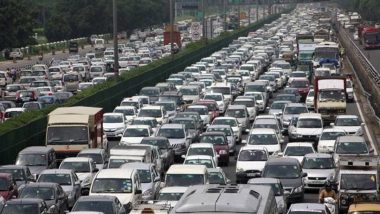 Every passenger vehicle has a lifespan of 15 years whereas a commercial vehicle has 10 years, after which they start polluting the environment aggressively. With the new policy, vehicles will be scrapped when their lifespan ends, reducing air pollution and will also make space for new vehicles.

Giridhar Aramane, secretary in the road transport and highways ministry said, “From 2023 onwards, heavy commercial vehicles need to be scrapped if they do not conform to the fitness level prescribed under the rules. For personal vehicles, we plan to implement this from June 2024 onwards.”

Interacting with Investors during the launch of National Automobile Scrappage Policy (Investors Summit for setting up Vehicle Scrapping Infrastructure) https://t.co/TPzb2A3CPG

As per Gadkari, one can also get financial benefits from the Scrappage Policy, which are as follows-

1. Vehicle manufacturers will be suggested to give a 5 percent discount on new vehicles against a scrapping certificate.

3. A discount of up to 25 percent will be provided on road tax and no registration fees for vehicles.

Though the Scrappage Policy has been launched, it will take time to implement the same on the ground level as scrapping centres are not ready yet.

(The above story first appeared on LatestLY on Aug 13, 2021 12:38 PM IST. For more news and updates on politics, world, sports, entertainment and lifestyle, log on to our website latestly.com).