The Indian engineer - Hemanth Kappanna who played an important role in exposing the scandal, who has been fired by General Motors in February. 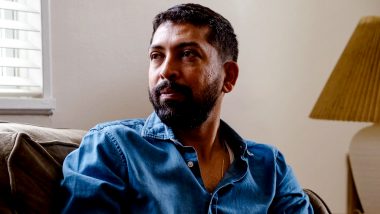 Volkswagen Group has been under the scanner ever since the diesel gate scandal came to light. It not hidden that the company has impacted with several setbacks because of the dieselgate scam including fines worth of billion dollars. Recently, Porsche was fined 535 million euros over the scandal that erupted four years ago. Followed by several regulations, VW confessed that it manipulated emission tests on 11 million diesel cars worldwide. This dieselgate scam was exposed by a small team of engineering students - Hemanth Kappanna, Marc Besch and Arvind Thiruvengadam from India. The Indian engineer - Kappanna played a crucial role in exposing the scandal, who has been fired by General Motors in February. Volkswagen Emission Scandal: National Green Tribunal Slaps A Fine of Rs 500 Crore on German Car Maker.

As per the report from NYTimes, the Indian engineer has been fired from the company in February wherein the company gave two months' pay along with one-way ticket to India. The research revealed that the company employed a software to hide true level of emissions produced by the diesel cars. The report further highlighted that Indian-born engineer was a part of the engineering student team in West Virginia that helped in carrying real-world tests on VW diesel cars in the year 2013. Volkswagen Emission Scandal: Over 372,000 German Drivers Join Legal Action

Moreover, majority of the investors are suing the car maker over the losses they incurred as soon as the dieselgate scandal broke. On the other hand, the hundreds of thousands of car buyers are also demanding compensation for the same across US as well as other countries around the world. NYTimes report further revealed that Porsche said the cost of the fine was included in a provision of around 1 billion Euro booked by Volkswagen in the first quarter. Till date, the dieselgate scandal has cost the car maker around 30 billion Euro. Also, two former VW executives are currently serving prison terms in the US for covering up the scandal.

(The above story first appeared on LatestLY on May 09, 2019 12:31 PM IST. For more news and updates on politics, world, sports, entertainment and lifestyle, log on to our website latestly.com).