Singapore startup Zilingo's former CEO, Ankiti Bose, who was sacked last week, on Friday said that she has sought a protection order against a Twitter user. 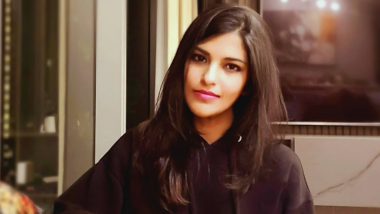 New Delhi, May 27: Singapore startup Zilingo's former CEO, Ankiti Bose, who was sacked last week, on Friday said that she has sought a protection order against a Twitter user.

In an Instagram post, Bose mentioned that her photos, chats, and documents were accessed and shared without her consent.

"Today I obtained an Expedited Protection Order from the Singapore court against a Twitter user," she posted on the Meta-owned photo-sharing platform.

"My personal photos, chats, documents, records may have all been improperly accessed and circulated without my consent and now I have seen versions of them on the internet which are clearly fake, but damaging nonetheless. I do not know who is doing this," she added. Manish Maheshwari Steps Down As CEO And Director Of Invact Metaversity

Meanwhile, the former Indian-origin CEO mentioned that the last 7 days have been very difficult for her. Salil Parekh Re-Appointed as CEO, MD of Infosys for 5 Years

"In addition to the dispute playing out publicly (which ought to have been kept private as originally intended), the media and social media around Zilingo and myself have made it impossible to actually focus on what is important," Bose wrote.

Zilingo is a technology platform that powers brands, wholesalers, distributors, retailers, and factories with innovative products and trade services.

(The above story first appeared on LatestLY on May 28, 2022 03:08 PM IST. For more news and updates on politics, world, sports, entertainment and lifestyle, log on to our website latestly.com).