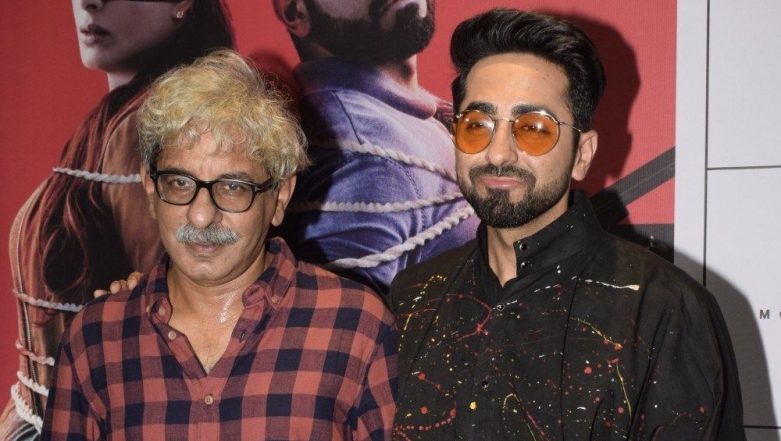 Ayushmann and Sriram are all set to collaborate once again, we hear

Ayushmann Khurrana is a powerhouse of talent. With his interesting film choices and brilliant performances in almost all of them, the actor has managed to impress a huge set of people. Today, he is one of the most sought-after actor in Bollywood. While he was terrific in movies like Badhaai Ho, Shubh Mangal Savdhaan and Article 15, which released couple of weeks back, there is no denying that his performance in Sriram Raghavan's Andhadhun stands out in his resume. No wonder the film, which also starred Tabu made good money at the box-office. Looks like Ayushmann is all set to recreate the same magic as word has that he is collaborating with Raghavan for another project.

According to Pinkvilla, Ayushmann has signed Sriram's next movie and the official announcement will be made soon. "Sriram has pitched an idea to Ayushmann and he has liked it very much. In fact, he has also given his nod to the project. Sriram had taken time off to write two scripts. This is yet again a typical Sriram RAghavan film which will be dark, intriguing and mysterious," a source told the entertainment portal. WAIT… WHAT?? Ayushmann Khurrana To Replace Kartik Aaryan in The Sequel of Bhool Bhulaiyaa?

Chained but not tamed. Styled by @ishabhansali

Before you think it's the sequel to Andhadhun, sorry to burst your bubble, but it's not as the source further adds, "Sriram doesn't believe in making sequels and franchises. Although there's been enough talk about AndhaDhun 2, this film isn't that one. It's a new project with a completely fresh plotline and he plans to mount it sometime this year after Ayushmann completes Shubh Mangal Zyada Saavdhan." Shubh Mangal Zyaada Savdhaan is a gay love story and will feature another male actor alongside Ayushmann. The actor recently wrapped shoot for Bala and is currently working on Shoojit Sircar's Gulaabo Sitaabo that also stars Amitabh Bachchan. We can't wait for the re-union between Sriram and Ayushmann. Mutual thoughts? Let us know by tweeting to us @LatestLY.