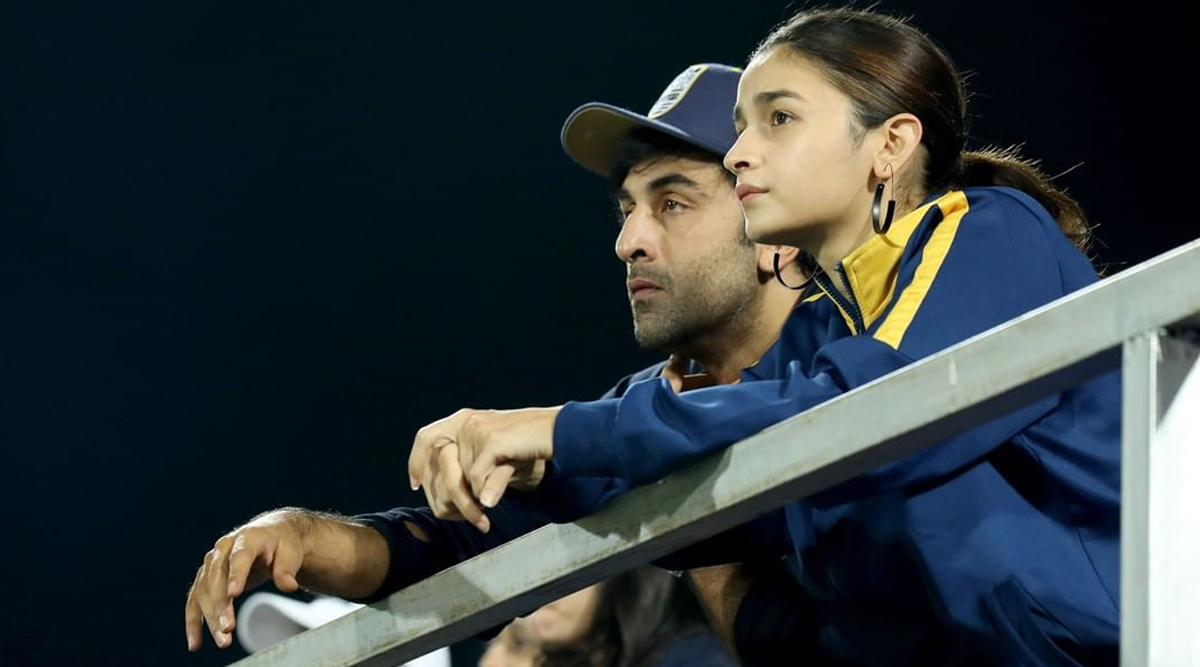 Mumbai City FC locked horns against Chennaiyin FC at the Mumbai Football Arena here on Friday, February 21. It was a crucial match given that the winner would seal a place in the Indian Super League playoffs. Attending this important game was Mumbai City FC co-owner, Ranbir Kapoor but that's not that. Looks like Ranbir wanted his lady love by his side for this important match and hence Alia Bhatt too was snapped along with the actor, cheering for their team. This is of course, not the first time that we have seen Alia attend the ISL. Last month, Alia accompanied her beau Ranbir Kapoor at the Indian Super League for the Mumbai City FC and ATK match which took place on January 4. Brahmastra Trilogy: After Ranbir Kapoor-Alia Bhatt, Deepika Padukone-Ranveer Singh to be a Part of the Film's Sequel?

Pictures of the duo from the match are now doing the rounds on social media and fans can't get enough of this adorable couple. In the pictures, not only Ranbir, Alia too seems extremely invested in the game. The duo are seen watching the game with bated breaths. Alia is also seen sporting the team's jersey and we have to say it's adorable how supportive a girlfriend she is. Ranbir Kapoor, Alia Bhatt's Brahmastra To Release on December 4, Amitabh Bachchan Says Ayan Mukerji Can't Change The Date Now.

Check Out Alia Bhatt and Ranbir Kapoor at the ISL Game:

While fans have to wait a little longer to see Ranbir and Alia together on-screen given that their film, Brahmastra has been through immense delays, they are always thrilled to see the couple off-screen during their outings. As for Brahmastra, the film is finally slated to hit the screens on December 4, 2020.