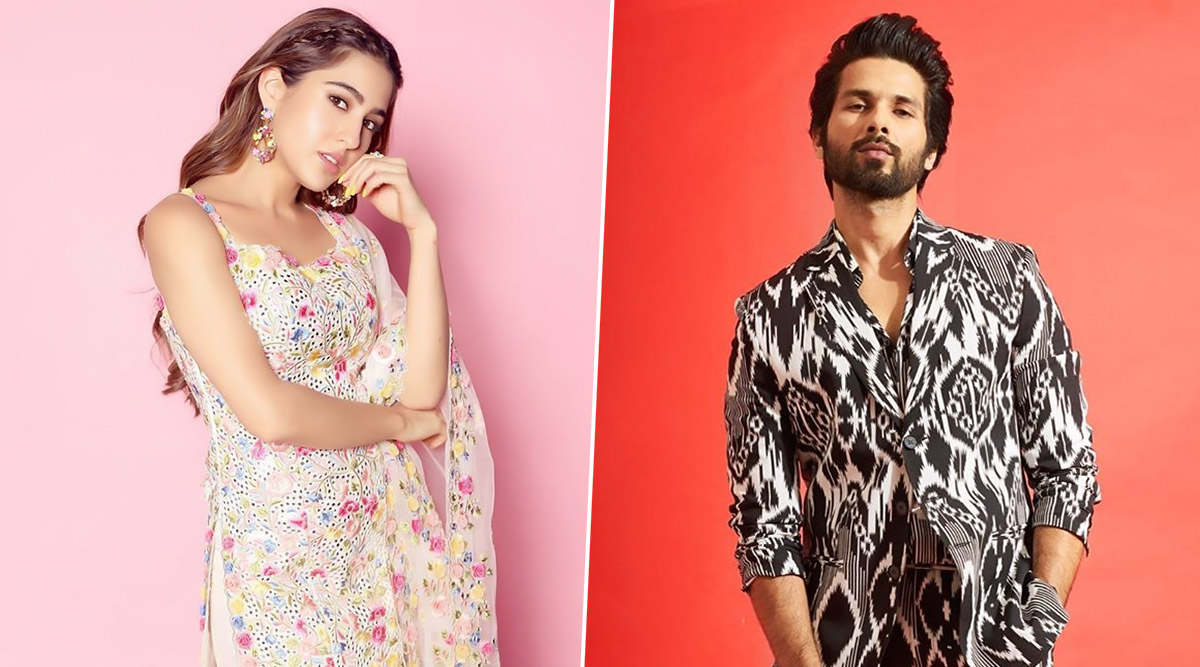 Just when Sara Ali Khan arrived in the celebrated directer Vishal Bhardwaj's office recently, our little birdie had been waiting after having perched his flight down on a nearby tree only to tell us that Sara Ali Khan had an intense discussion with the Omkara director. "They were zeroing on an actress alongside Shahid Kapoor for Kaminey 2 (yes, the second installment of the critically acclaimed film), Sara has become an obvious choice for the project," informs our source.

There were talks about Sara Ali Khan being roped in for  Vishal Bhardwaj's project but the title of the project remained unannounced. But now we learn that Sara will be seen opposite Shahid in Kaminey 2.  "After the success  of her two films Kedarnath and Simmba, Sara was gearing up for Coolie No 1 and Love Aaj Kal 2, and now it's just a matter of time that Sara will announce that she will be seen with Sasha," tells our Khabroo. Sara Ali Khan Shares Her Goofy Throwback Video and We Wonder What It Went in Such a Transformation

Kaminey is that unique film that proved Shahid Kapoor's acting prowess undoubtedly. The film was appreciated for its texture and experimental tone which was much appreciated by the film critics as indeed by the discernible cine-goers.  Priyanka Chopra who was rumored to be linked up with Shahid back in the day courted controversy. But fans were all praise for PeeCee's remarkable performance in the movie as well. Janhvi Kapoor Is 'Obsessed With' Sara Ali Khan And Kartik Aaryan's Shayad Song From Love Aaj Kal

Now it remains to be seen how Sara's character will be sketched in the second outing? But given the young star's acting chops, we believe she is all set to offer yet another promising performance!
Comments
Tags:
Kaminey Kaminey 2 Priyanka Chopra Sara Ali Khan Shahid Kapoor
Comments
You might also like