Imtiaz Ali Birthday Special: From Love Aaj Kal to Rockstar – 5 Quotes From the Filmmakers Movies That Taught Us About Love

To have such an understanding of love, it is very obvious that the dialogues of his films will be as heart-warming as his film. Today, as the director is celebrating his 50th birthday today, let's take a look at 5 movie quotes that taught us a little about love. 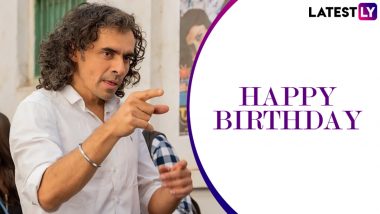 Imtiaz Ali's creates a new world with his movies, and often leaves the audience thinking about life, love and emotions. The filmmaker weaves stories that are raw, that talk about flawed relationship, that talk about real human emotions, and makes it all look so relatable that you get lost in the universe created by him. Complicated yet content, explosive yet subtle, the beauty of Imtiaz's films is found in this very contrast. It is very safe to say that the way Ali is one of the few directors who understands relationships and love. We don't think any other filmmaker can make you feel all these emotions so profanely, with films that become your favourite instantly.  Love Aaj Kal: 5 Things That Have Changed Since Imtiaz Ali Made The Original With Saif Ali Khan and Deepika Padukone in 2009

Just like the story, the gripping part about Imtiaz Ali's films is the characters. Be it Jordan from Rockstar or Qais Bhatt from Laila Majnu or Harry from Jab Harry Met Sejal, these characters are written on a similar line, but Imtiaz always brings some newness to each character in his films. His characters are moulded by how they react to the circumstances making everything look even more believable on the screen.

Imtiaz Ali is more of an urban director who understands the concept of love like no other. He is not about showing you idealist relationships in his movies, he instead attempts to make films about love in today's time. He makes people see how two people in love will deal with it today. With his films, he teaches how this emotion is not a joyride but has its ups and downs as well. Imtiaz Ali Birthday Special: 5 Movies Of The Director That Find Romance In Flawed Relationships.

To have such an understanding of love, it is very obvious that the dialogues of his films will be as heart-warming as his film. Today, as the director is celebrating his 50th birthday today, let's take a look at 5 movie quotes that taught us a little about love. 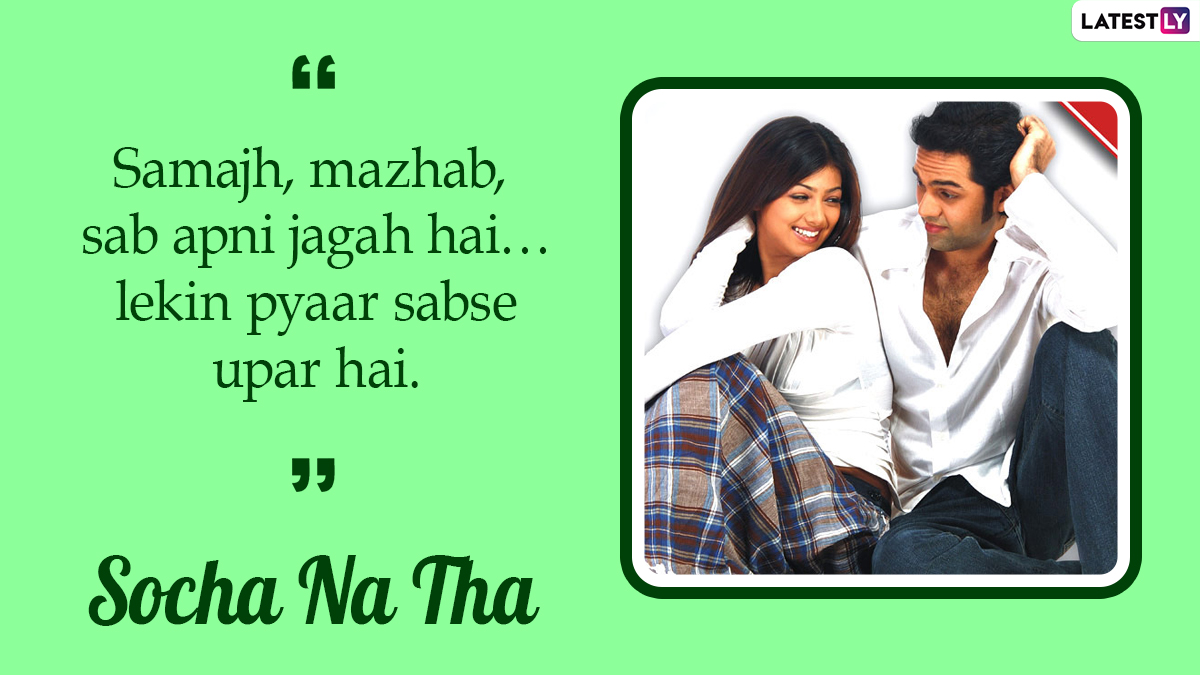 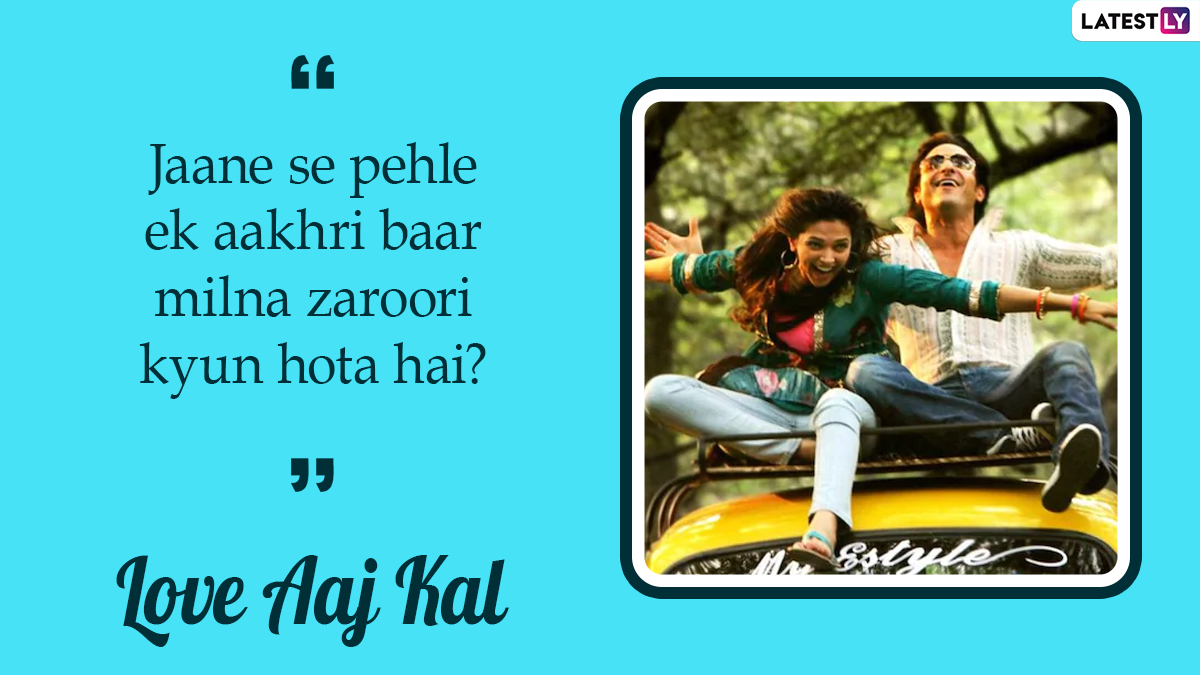 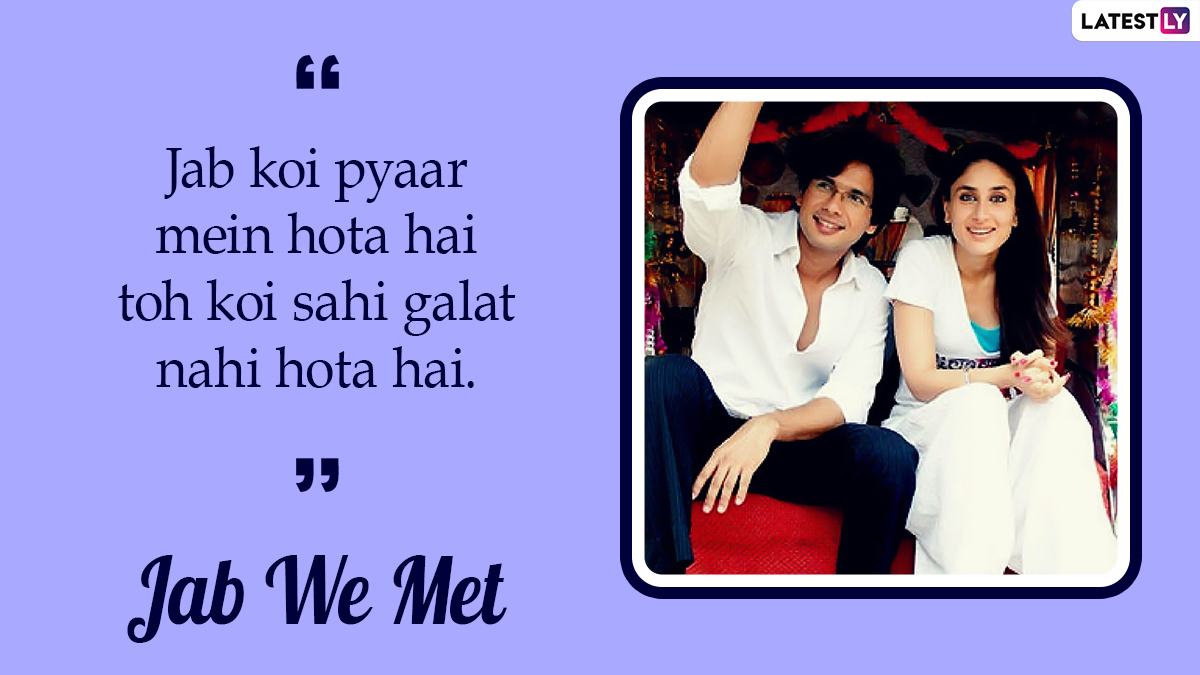 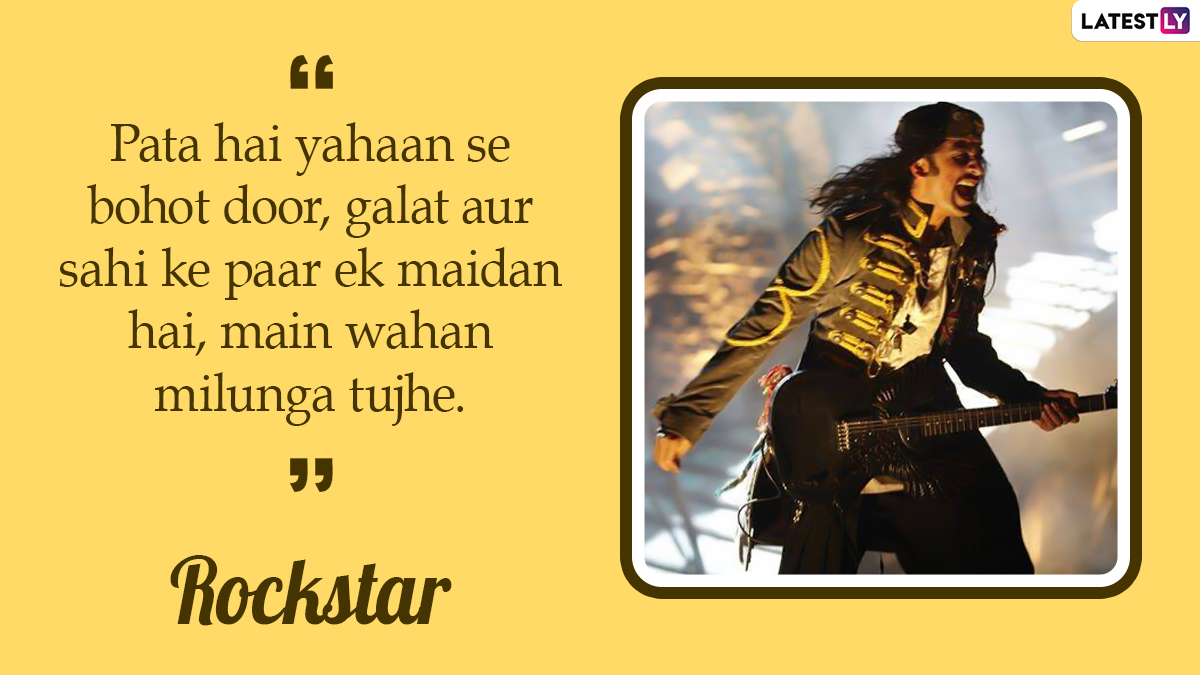 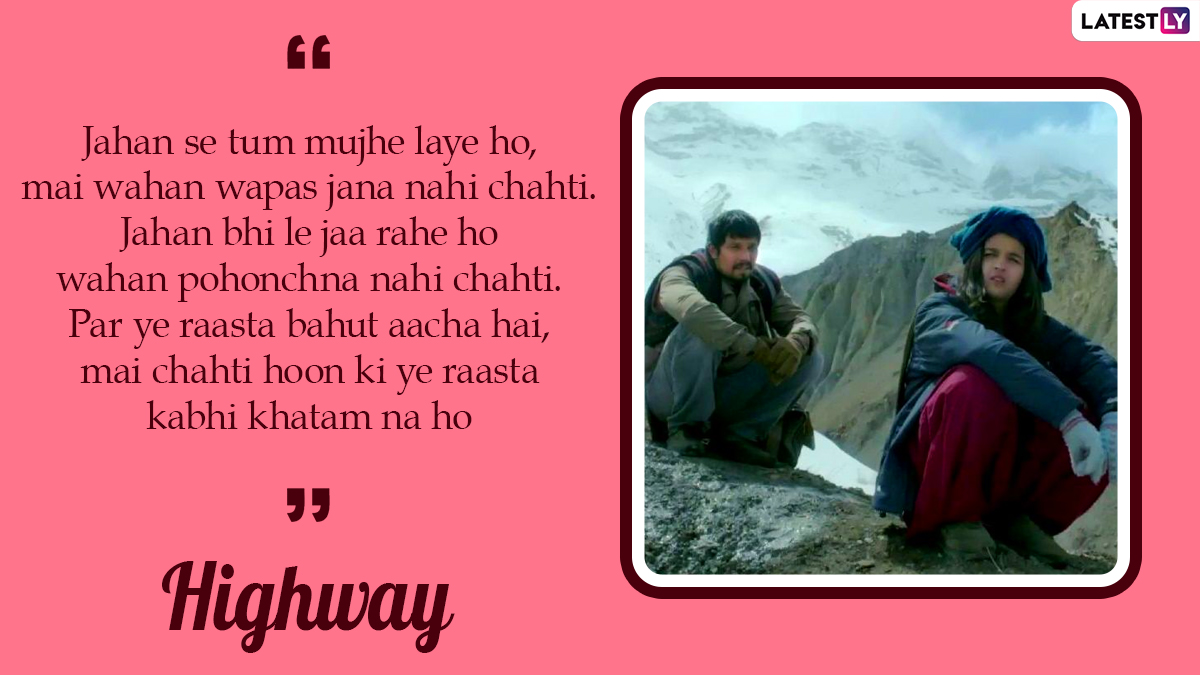 Imtiaz Ali and the magic that he weaves with his stories is a true blessing for the audience and we hope he continues to surprise us with his stories. In the meantime, join us wishing the actor a very happy birthday.

(The above story first appeared on LatestLY on Jun 16, 2021 08:40 AM IST. For more news and updates on politics, world, sports, entertainment and lifestyle, log on to our website latestly.com).