Kailash Kher: You Can’t Make Noise in the Name of Recreation

Singer Kailash Kher says while he is all for old songs being recreated, he feels new song, too, must have clear lyrics and good music. 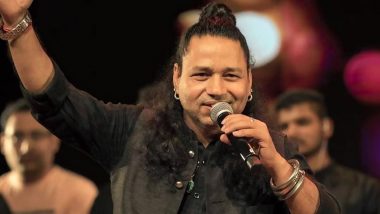 Singer Kailash Kher says while he is all for old songs being recreated, he feels new song, too, must have clear lyrics and good music. "I feel it's not a bad idea to recreate as there is a generation gap. But it's important to know how much to do. In the name of recreation, you can't create noise where the lyrics are not clear. That is of no use. If lyrics are not clear, there is no point in recreating," he told IANS. Kailash Kher: I Laugh When I Think of How Much My Voice Had Been Rejected.

The singer added everything needs to be done properly in the recreation. "Everything needs to be done aesthetically. The lyrics need to be sung properly. Some singers make Hindi into something else and sing. Hindi is respected so much in the West, too. It needs to be recreated in such a way that the lyrics are clear. Some singers eat up the words. They learn English and go weak in Hindi. I would suggest that don't forget your Hindi, especially when you sing Hindi songs," he says. Kailash Kher Sings Song in Praise of Goddess Ganga for Ishara TV Channel Show Paapnaashini Ganga.

The singer, who is part of the music reality show Indian Pro Music League, says the show bridges the gap between upcoming and established singers. "There is always a distance between us and upcoming musicians. They are also doing well, but there is a distance. This is the first show that made us sit together," he says.

(The above story first appeared on LatestLY on May 30, 2021 09:45 PM IST. For more news and updates on politics, world, sports, entertainment and lifestyle, log on to our website latestly.com).