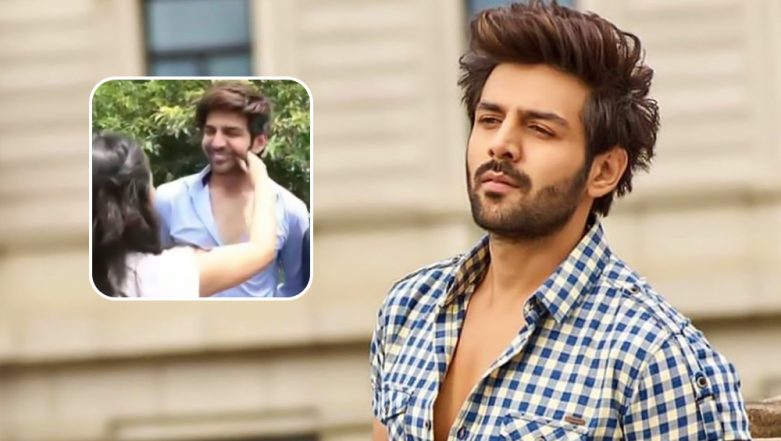 Kartik Aaryan has fans across the globe, and we have often seen how fans end make crazy attempts to get a seflie with the actor. And there have been videos going viral even in the past in which one can see the actor getting mobbed by fans. Here’s another video of the actor which is currently talk of the town. In this video a fangirl is seen pulling Pyaar Ka Punchnama actor’s cheek. Although the actor did not react to it, netizens are not impressed with her behaviour. ‘Kartik Aaryan Has Tremendous Aptitude for Comedy,’ Says Bhool Bhulaiyaa 2 Director Anees Bazmee.

There have been often occasions when out of hyper-excitement fans cross their limit. This isn’t the first time that Kartik Aaryan’s cheek is being pulled by a fan. It was earlier this month when a video of a school girl pulling his cheek took the internet by storm. It happened while he was at Luckno, shooting for the flick Pati Patni Aur Woh. This time a fangirl, who was in a rush to catch her flight for Kerala, runs to click a selfie as she spots Kartik Aaryan.

Kartik Aaryan as always obliges her request, but in turn wasn’t expecting is his cheek being pulled by her. The actor had a sweet reaction (he blushes), and again agrees to click one more selfie with her. This was indeed a sweet gesture from him. But it is clear that netizens are not impressed with such behaviour. Sara Ali Khan Can't Stop Smiling as She Receives Rumoured Boyfriend Kartik Aaryan at the Airport - See Pics.

And This Is What Netizens Have To Say 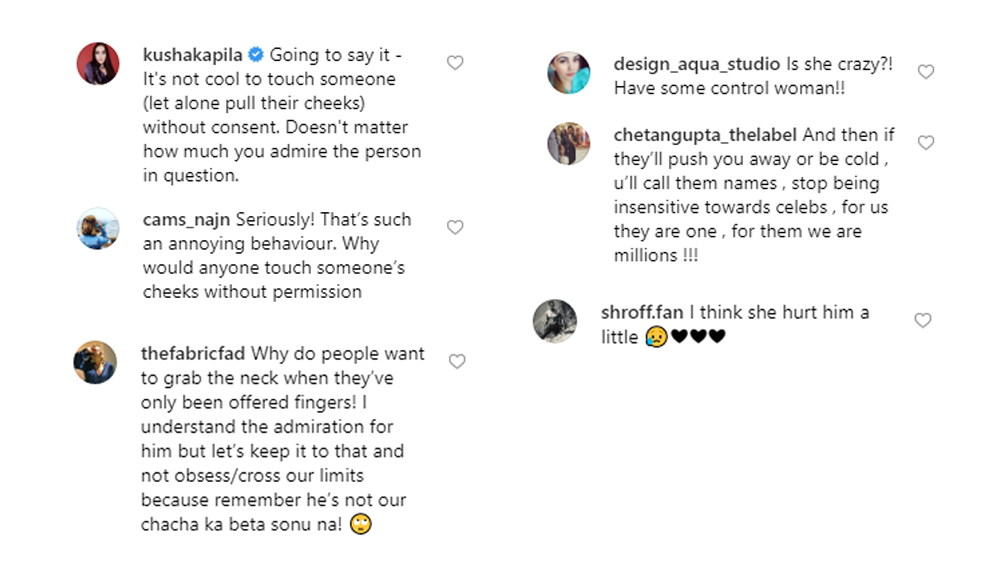