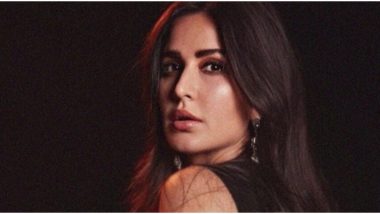 Katrina Kaif turned 37! The Bollywood actress has established herself as a bankable star over the years of consistent efforts. Once called as the 'barbie doll' of B-town, she proved to cinephiles that she indeed was one and more. Not just fashion and dance, but gradually she also sharpened her acting skills as well, experimenting with versatility. As she celebrates her birthday today, Twitter is filled with lovely messages for her. Katrina Kaif Birthday Special: A Fashion Maverick Whose Red Carpet Shenanigans Never Cease to Amaze (View Pics).

The social media platforms are flooded with her pretty pictures and GIFs. In fact, the virtual celebration of the same already started a day ahead of her actual birthday. The excited fans made sure that her quarantine birthday became extra special by starting the drill beforehand! Check out the latest wishes posted by the fans now.

From Laila (ZNMD) who taught us how to live life, to Zoya (Tiger) who taught how to fight for. Whtr it's Soft n pure Maya in Newyork or stammering Jenny in APKGK. Frm Sweetest Shruti in JJ to Badass Babita Kumari in Zero n now FIRST FEMALE SUPER HERO.#HappyBirthdayKatrinaKaif pic.twitter.com/BmQuBU8Kgg

One For The 'Tigress'

Wishing Zoya many happy returns of the day. Keep rocking as always tigress.

Happy birthday to the stunning superstar Katrina Kaif ❤️ wonder when she will announce her upcoming films pic.twitter.com/kC44BYr6Nn

Happy birthday to my favorite celebrity in Bollywood, I am huge fan of her action. Also, your dancing skills , there is no one can be like you.

I Can't Think Of Any Better Representation Of Beauty Than Someone Who Is Unafraid To Be Herself...

One For Kat Being a Perfect Fitspo

The true Fitness Queen of Bollywood~

Katrina has been quite active on social media. She was also one of those first few celebs to try out the new feature on Instagram called as 'Instagram reels.' She has also been posting about her chores during lockdown. On the other hand, fans are super excited about her collaboration with Ali Abbas Zafar as he starts a superhero universe.

(The above story first appeared on LatestLY on Jul 16, 2020 10:01 AM IST. For more news and updates on politics, world, sports, entertainment and lifestyle, log on to our website latestly.com).